It Happens in "Nice" Families, Too: Seven Sobering Lessons We Can Learn from the Duggar Molestation Scandal 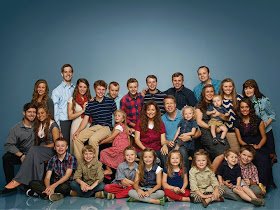 San Francisco, CA (July 2015)—To many people, the recent Duggar molestation scandal came as a huge shock. And now that TLC has announced that 19 Kids and Counting will no longer appear on the air, it's time to reflect on why that might be. Given the reality-TV family's wholesome public image, Josh Duggar's admission that he inappropriately touched young girls, some of whom were his sisters, may seem surprising. But Marianna S. Klebanov, JD, says that's only because most people just don't realize how pervasive such sexual abuse is—and how often it happens in families that present a "morally upright" face to the world.

"I deal with these kinds of cases every day and I can tell you the level of child sexual abuse that happens inside families—and often inside families who look on the surface to be almost beyond reproach—is shocking," says Klebanov, coauthor along with Adam D. Travis of The Critical Role of Parenting in Human Development (Routledge, 2014, ISBN: 978-1-138-02513-4, $46.95, www.anewconversationonparenting.com). "It's a huge untold story with massive implications for society."

Klebanov works as an attorney who specializes in matters relating to child welfare and family violence. She is committed to educating people on how severely all forms of child abuse—including sexual abuse—impact individuals and, by extension, our nation's culture.

"Childhood experiences determine how the brain develops," she explains. "Certain behaviors and patterns are hardwired into our psyches and they are incredibly hard to break. They can, and do, manifest in dysfunctional relationships in adulthood. This is why childhood sexual abuse and all the issues surrounding it simply cannot be downplayed or swept under the rug."

While Klebanov emphasizes that she doesn't wish to judge the Duggars—especially given how much speculation and contradictory information has been floating around these past few weeks—she does believe their story needs to be discussed and taken seriously. Here, she identifies seven lessons we can all learn from what happened:

Don't let appearances fool you: Sexual abuse can happen where it's least expected. Abuse knows no social, economic, or religious bounds. It can happen in "good" families as well as "bad" ones (quotes intentional). And it's not uncommon for abusers to portray a false image to the community as good, moral, upright people.

"The point is, if you have a good reason to suspect abuse is going on, don't let the family's image dissuade you from looking more closely," adds Klebanov. "If you are worried about a child and have any concrete evidence, including the child's self-report, I recommend reporting the concern to Child Protective Services. The child welfare agency will often start with just a phone call or a visit to the house, and normally would not pursue any further action without any supportable evidence."

Closed, repressive environments often breed abuse. While this is obviously not an across-the-board rule, limited access to the outside world and strict adherence to religious rules can lead to illicit activity behind closed doors. In the Duggars' case, we might point to a) their very "closed" family structure, and b) the apparent family rule that you can't even kiss your fiancée until after marriage as cases in point.

"There is nothing wrong with homeschooling," says Klebanov. "It can be a valuable form of education. It's just that often, abuse is reported by people outside the home, such as teachers or counselors who notice something is amiss and who are mandated reporters of abuse. In homeschooling situations where there's little contact with the world outside the family unit, red flags may be easier to miss. Also, there is plenty of evidence regarding what happens in religious environments in which priests aren't allowed to marry."

Abuse rarely stops with one incident. Sexual abuse is typically not a one-time event. If an abuser strikes once, he or she will usually strike again. What's more, in a family where sexual abuse is occurring, other kinds of destructive behaviors are also likely to be present, says Klebanov.

"I am not saying this is necessarily true in the Duggars' case, but in many cases we see every day in dependency court, there are often multiple issues in a family—such as severe corporal punishment/physical abuse, sexual abuse, domestic violence, substance abuse, severe neglect, etc. I'd go so far as to say it's unusual for there to just be one type of problem in a family in which abuse has occurred."

You have a responsibility to report sexual abuse inside your family to proper authorities—even if it goes against every parental instinct. Many, if not most, parents are reluctant to report child sexual abuse to the authorities, says Klebanov. However, keeping such issues "in the family"—as the Duggars apparently did for a while—is a huge mistake.

"If something like this happens in your family, you have an obligation to report it to a child protection service agency," she emphasizes. "Keeping quiet puts the victims and other family members at risk, and it keeps the perpetrator from getting desperately needed treatment."

Abusers and victims need specialized professional counseling. This should be done by a qualified therapist specializing in treating sexual abuse. Josh was reportedly sent away to a Christian training camp. It's not clear what type of therapy the victims received, though Michelle Duggar says all of the children received "professional counseling." However, says Klebanov, we don't know whether Josh or his victims received the level of help they needed.

"The Duggars may have been lulled into a false sense of security by the fact that Josh self-reported," she says. "But even sexual abusers who know that their behavior is wrong and sincerely want to stop simply can't always stop on their own. They need qualified therapists to help them get to the heart of the issue—often they abuse because they themselves were abused—and learn how to modify their behavior."

You have an absolute duty to protect the other children in the house—even if they say they're fine or deny they need help. The Duggars have stated that the abused girls forgave Josh. In fact, two of his sisters even defended him by labeling his behavior as "very mild" and the result of having been "a little too curious about girls." Yet children can be affected by sexual abuse in ways they can't comprehend, says Klebanov. Even if they insist they aren't traumatized, it may not be true.

"Victims of sexual abuse can experience shame and guilt and have lifelong difficulties in forming relationships," notes Klebanov. "Confusion over what happened, loyalty to the offender, and subtle pressure to be 'okay' with the event can all factor into a victim's insistence that all is well. Don't believe it. As a parent you must take every possible step to make sure that your kids are safe."

Current laws governing sexual abuse may need to be revised. Josh came out with his revelations after the statute of limitations ran out on his potential molestation charges in criminal court. This may imply a need to change some state laws on statutes of limitations. In California, the statute for filing civil suits on molestation was revised to include delayed discovery provisions. However, every state has its own approach, and the approaches may be different for civil and criminal suits.

Klebanov says that many well-meaning families have had to face childhood sexual abuse—and like the Duggars, many of them have made serious mistakes. In part, that's because so much shame and secrecy surrounds the subject.

"We must bring childhood sexual abuse out of the closet," she says. "It is a really difficult, complicated situation, and it's understandable that people don't know what to do. The more we can educate people on the long-term effects of such abuse, though, the more likely they are to make the tough calls. It's surely not easy, but the well-being of our children depends on it."