A Catholic Reads the Bible, Week 16: Praying for the Wisdom of Solomon 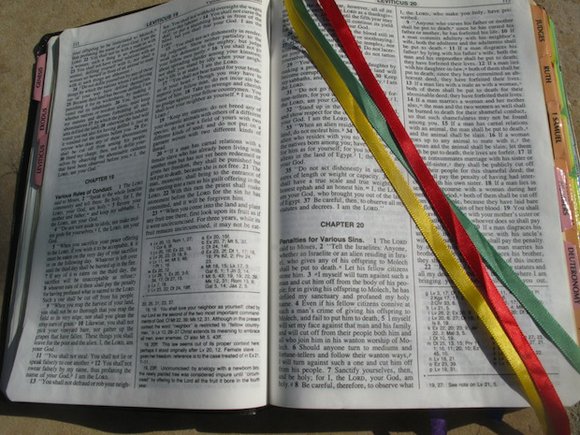 A photograph of a New American Bible

(CNN) -- This is week 16 of an ongoing series: A Catholic Reads the Bible. Read Week One, Week Two and Week Three.

In the first book of Kings, you have done everything "right" -- with one glaringly human exception.

Solomon became king when his mom, Bathsheba, insisted that David had promised the crown to her son. He was then offered whatever he wanted by a grateful God. (Think genie in a bottle, biblical-style.)

Rather than asking for a long reign or riches, Solomon instead ask for something we all need -- wisdom. This really endeared him to me.

"Give your servant, therefore, an understanding of heart to judge your people and to distinguish right from wrong," Solomon ask.

And Solomon seems to have a good reign of 40 years, but he ruins it all in the end.

Solomon took 700 wives and 300 concubines (1,000 is a nice round number) from foreign lands and started following their gods and leaving the one true God behind. I could have told him that he was going to get catch hell from God.

But, back to the most important part of this week's reading, the request of wisdom.

I have to tell you, my nightly prayers have been filled with lots of wishes throughout my life.

I prayed a lot when my Dad was ill. I never promised something to God if he granted my father's health like Jephthah in Judges. I didn't pray that my Dad would have the patience or the understanding to get through this illness. I just wanted him healthy.

When my Dad passed away, I prayed for my own pain to cease.

Recently, I've prayed for a way to lose weight. I don't think God hangs around watching me eat cake or stops me from doing it. But through this simple passage in Chapter 3 of the first Book of Kings, I saw that prayer needs to be focused on understanding, not results.

It's a moving target that takes more prayer and meditation. The more you focus on it, I bet it gets easier. (At least, I really hope so.)

After God visits Solomon in his dream, the story of the two women with the baby is told, one of my favorite examples of Solomon's wisdom.

Two mothers are fighting over a child. Each says the child is hers -- but both can't be right. So, in this pre-Maury Povich, pre-paternity test age, Solomon makes a striking decision: He tells the women that he will cut the child in half so they can share it.

It's absurd but brilliant, for, as Solomon surely knew, the true mother would never agree to such a idea. So when one woman agrees, Solomon gives the baby to the other one, who is obviously the true mother.

That was Solomon's use of God's wisdom. The rest of us can all only hope -- or pray -- to be so smart.