What We Know About the Controversy in Sandra Bland's Death 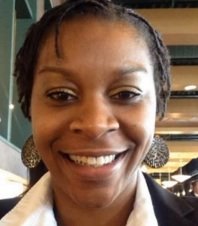 (CNN) -- While the jailhouse death of Sandra Bland is being handled like a murder investigation, authorities in Texas initially said the 28-year-old woman appeared to have killed herself.

But why would a young woman who just landed a new job at her alma mater take her own life?

Why would someone who family and friends say had so much to look forward to hang herself with a noose fashioned from a trash bag?

Here's what we know about Bland's death in a cell at the Waller County jail in Hempstead following a routine traffic stop on July 10:

Who was Sandra Bland?

Bland was taking a new job at Prairie View A&M University in Texas, more than 1,000 miles from her home in the Chicago suburb of Naperville, Illinois.

She had graduated from the historically black college in 2009 and was returning there as a student ambassador, according to family members.

In the weeks before her death in police custody, Bland regularly used the #SandySpeaks hashtag to post videos on Facebook in which she denounced police brutality and racism.

"Being a black person in America is very, very hard," she said in a video posted in April. "At the moment black lives matter. They matter."

Why did the police stop and later arrest her?

Bland was arrested July 10 and accused of assaulting an officer after a traffic stop, police said. A trooper pulled her over for allegedly failing to signal a lane change.

During the stop, Bland became "argumentative and uncooperative," according to the Texas Department of Public Safety.

Cell phone video purporting to show part of Bland's arrest was posted online. CNN could not verify the video was of Bland's arrest, but Lambert said there was "little reason to believe that it's not her."

The video shows an officer using his knee to hold a woman down on the ground. The woman is heard saying that she can't "feel my arm" and that the trooper "slammed my f------ head to the ground."

"Do you not even care about that?" she asked.

Sharon Cooper, one of Bland's sisters, told CNN that preliminary autopsy results showed her sibling suffered "deep tissue bruising to her back" consistent with someone pushing a knee into her back.

Waller County paramedics were called to the scene of her arrest, but Bland refused a medical evaluation before she was booked, according to the public safety department.

Asked about reports that Bland kicked the trooper before her arrest, Lambert said: "It's not characteristic that she would voluntarily and without any sort of provocation strike out at someone."

How did Bland end up dead in her cell?

Bland, 28, was found dead July 13 in a Waller County jail cell after authorities said she hanged herself with a plastic trash bag.

There were no cameras inside Bland's cell, but cameras in the hallway outside showed no one entering or leaving before her body was discovered, Waller County District Attorney Elton Mathis said.

"We cannot find where anyone goes into the cell from the hallway to do her any harm from the last time she was physically viewed alive," the prosecutor said.

Bland was found "in her cell not breathing from what appears to be self-inflicted asphyxiation," a sheriff's office statement said. Bland received CPR, and an ambulance was called, but she was pronounced dead a short time later.

"Any loss of life is a tragic incident and, while the investigation is being conducted by outside agencies, the Waller County Sheriff's Office will continue to observe the daily operations of the jail to always look for improvements and/or preventions of these incidents," the statement said.

Bland apparently refused a breakfast tray about 6:30 a.m. that Monday morning, according to the sheriff's department.

When a guard checked on the prisoner a half-hour later, Bland reportedly said, "I'm fine," according to the sheriff's department.

At 8 a.m., Bland apparently asked to make a phone call from her cell, the department said. There is no record of her making a call.

Bland was found at 9 a.m., hanging in her cell, according to the sheriff's department.

Trash bags have been removed from all cells at the jail and inmates are being checked on hourly, according to the sheriff's department.

What's the controversy about?

Those who knew Bland question that she would commit suicide.

Another sister, Shante Needham, said her sibling called her from jail the Saturday before the death was reported.

Needham said her sister told her that a trooper had held her down with his knee on her back before her arrest and that she thought she had fractured her arm.

"She was very aggravated," Needham said. "She seemed to be in pain."

Holding back tears, Needham added: "I told her I would work on getting her out."

Lambert said the family was securing the 10% of Bland's $5,000 bail for her release.

"We don't understand this," the lawyer said of her death. "It doesn't make sense."

Cooper said she can't believe her sister took her own life.

"To know Sandy was to love her," she said. "She was someone who was extremely spontaneous, spunky, outgoing, truly filled with life and joy. So when you think through the circumstances shared with us through this point, this is unimaginable."

Mathis, the prosecutor, said: "Ms. Bland's family does make valid points that she did have a lot of things going on in her life that were good."

But investigators were examining online videos posted by Bland in March in which she talked about battling depression and post-traumatic stress disorder, according to Mathis.

Cooper said her sister hadn't been diagnosed with either depression or PTSD and that her video message was intended to be inspirational to people feeling the same way.

Who is investigating her death?

"It is very much too early to make any kind of determination that this was a suicide or a murder because the investigations are not complete," Mathis said Monday. "This is being treated like a murder investigation."

The case will go to a grand jury.

"There are too many questions that still need to be resolved," he said.

The Texas Rangers and the FBI are investigating Bland's death.

"The death of Sandra Bland will not be swept under the rug," Mathis said. "There will be no one who is protected... The truth will come out."

What happened to the police officer who arrested her?

In a statement, the Texas Department of Public Safety said the officer involved in Bland's arrest was assigned to administrative duties pending an investigation.

For many people, Bland is one of the latest victims of what they say widespread racial bias and police brutality in the country. Since her death, posts with the hashtag #JusticeForSandy and #WhatHappenedToSandyBland have gone up on Facebook and Twitter.

She was not the only black woman to die in custody last week.

The day after Bland's death, authorities in Alabama said, 18-year-old Kindra Chapman died after hanging herself in the Homewood City Jail. She had been arrested on a charge of first-degree robbery, accused of robbing a person of a cell phone, al.com reported.

The close timing of the two deaths under similar circumstances struck a chord with some social media users, who took to Twitter to share directives for what to do "if I die in police custody."