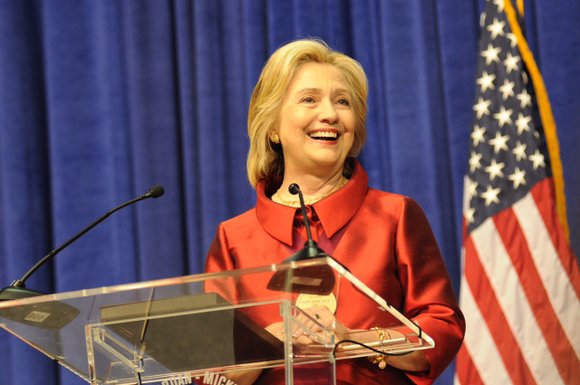 The biggest loser, the polls found, is Donald Trump, who has surged to the front of a crowded Republican primary field nationally but is viewed unfavorably, by almost a 2-to-1 margin, by voters in those states.

The results offered more indications that Clinton has a problem: Voters say they don't trust her.

"She has lost ground in the horse race and on key questions about her honesty and leadership," said Peter A. Brown, assistant director of the Quinnipiac University Poll, in a release accompanying Wednesday morning's results. "On being a strong leader, a key metric in presidential campaigns, she has dropped four to 10 points depending on the state and she is barely above 50% in each of the three states."

The polls were conducted July 9-20 in the three states, with more than 1,200 voters and a margin of error of plus or minus 2.8 percentage points in each state.

In Colorado, Walker performed the best even though 3-in-10 voters weren't ready to weigh in on questions about his honesty and leadership skills.

"Do Colorado voters trust Hillary? No, they do not. Do they think she cares about their needs? No, they do not," he said. "So the door is open to a GOP candidate voters can believe in."