So, Leonardo DiCaprio Isn't Really Going To Talk In His New Movie 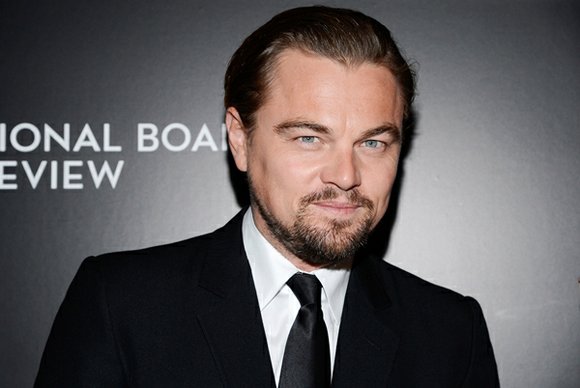 We're now only a couple of years removed from what's arguably Leonardo DiCaprio's mouthiest performance, as the guy pretty much never shut up through the course of Martin Scorsese's The Wolf of Wall Street. In the actor's next film, however, he will actually be going in a completely opposite direction with his performance, as he's revealed that his role in Alejandro Gonzalez Inarritu's The Revenant is an almost completely silent one.

With the movie's trailer launching online late last week, Grantland had the chance to interview DiCaprio about his role in the film, and the specific hurdles that the project has presented to him as an actor. Contrasting his part as Hugh Glass in The Revenant with his past work, the actor explained,

It was a different type of challenge for me, because I’ve played a lot of very vocal characters. It’s something that I really wanted to investigate — playing a character that says almost nothing. How do you relay an emotional journey and get in tune with this man’s angst… without words?

Inarritu's follow-up to Birdman, and adapted from the novel by Michael Punke, The Revenant is set in the 1820s and follows a frontiersmen named Hugh Glass (Leonardo DiCaprio) who finds himself left for dead by his hunting team after a horrific bear attack. Hugh manages to survive this attack, and goes in pursuit of those that betrayed him - most notably his confident, John Fitzgerald (Tom Hardy). Basically, it sounds like DiCaprio is going to be alone for the bulk of the flick, and therefore will have nobody to talk to. That being said, the role won't be completely dialogue-less, as we hear him say at the beginning of the debut trailer, "I ain't afraid to die anymore. I done it already."

Big name actors pursuing roles that feature little-to-no dialogue is not exactly a unique thing, as it was only a couple years ago that Robert Redford put on an entirely silent performance in J.C. Chandor's All Is Lost. That being said, it will be interesting to see how Leonardo DiCaprio does with it, getting his emotions and motivations across just through body language and behavior instead of speech. Given DiCaprio's great skills, this could be a recipe for something very compelling - and perhaps his first Oscar win.

The Revenant, which also stars Domhnall Gleeson, Will Poulter, and Lukas Haas - is still filming, and production is actually currently moving to Argentina where Inarritu plans to get the final shots he needs. The movie will be getting a limited release on Christmas Day, and is planning a nationwide expansion in January 2016.