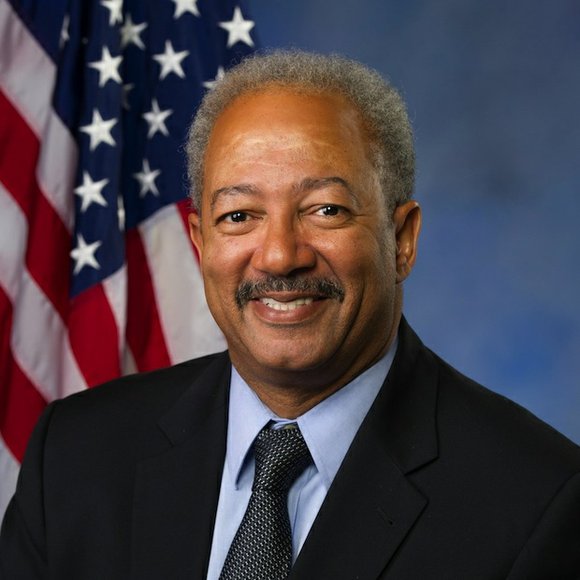 The Philadelphia Democrat, who was first elected to Congress in 1994 and served on the influential House Appropriations Committee, faces 29 charges, many stemming from his 2007 campaign for mayor.

The 85-page indictment accuses Fattah and four associates of devising a series of schemes to conceal how money was borrowed and repaid, falsifying documents in the process.

"As charged in the indictment, Congressman Fattah and his associates embarked on a wide-ranging conspiracy involving bribery, concealment of unlawful campaign contributions and theft of charitable and federal funds to advance their own personal interests," Assistant Attorney General Leslie R. Caldwell said in a statement.

Fattah told reporters on Capitol Hill on Wednesday that he and his attorney hadn't yet reviewed the indictment.

"I'll stand by my previous statement that I've never been involved in wrongdoing, any unlawful activity, any misappropriation of federal funds, and I think that there's a lot for us to digest once we see the indictment," Fattah said.

The Justice Department said that during his failed 2007 campaign to be Philadelphia's mayor, Fattah borrowed $1 million from a wealthy supporter and then used an education non-profit he'd founded to repay much of that money, using charitable donations and grant funds. He then allegedly concealed the scheme through sham contracts, tax returns and campaign finance documents.

Prosecutors also said Fattah arranged to retire $130,000 in campaign debt owed to a political consultant by helping that consultant seek much more in grant funding.

Fattah, prosecutors say, also used congressional and mayoral campaign money to repay $23,000 of his son's student loan debt between 2007 and 2011.

In exchange for $18,000, disguised as a payment for a car sale that didn't actually take place, Fattah allegedly lobbied the White House and Congress for an ambassadorship or U.S. Trade Commission appointment for lobbyist Herbert Vederman.

"The public expects their elected officials to act with honesty and integrity," U.S. Attorney Zane David Memeger said in a statement. "By misusing campaign funds, misappropriating government funds, accepting bribes, and committing bank fraud, as alleged in the Indictment, Congressman Fattah and his co-conspirators have betrayed the public trust and undermined faith in government."

U.S. attorneys said Wednesday morning that Fattah was not in custody.

The indictment is a crushing blow to a two-decade congressional career in which Fattah has risen to become the ranking member of the House Appropriations subcommittee on Commerce, Justice and Science -- making him the top Democrat overseeing the budget of the federal agency that pursued his indictment.

House Minority Leader Nancy Pelosi, D-California, said Fattah had stepped down from that position on Wednesday, "pending the resolution of this matter."

"The charges in the indictment against Congressman Chaka Fattah are deeply saddening," Pelosi said in a statement. "Congressman Fattah has been a tireless and effective advocate for America's hard-working families across more than 20 years of distinguished service in the House."

The charges were long anticipated: In August 2014, longtime Fattah aide Gregory Naylor pleaded guilty to federal charges tied to the same $1 million loan repayment scheme from the 2007 mayoral race. Though Fattah himself wasn't named in the case, his connection to it was clear.

An investigation by the Philadelphia Daily News found that nonprofit organizations connected to Fattah had paid out $5.8 million to his friends and associates.

CNN's Deirdre Walsh and Evan Perez contributed to this report.