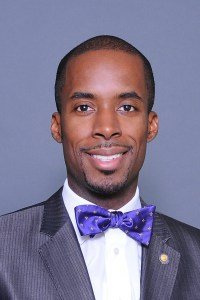 “We’re excited to have someone with Mario’s experience and background to build and lead the team at Memorial Hermann’s newest hospital in Pearland,” says Erin Asprec, Regional President at Memorial Hermann. “Mario is a proven leader not just in healthcare but also in the community.”

Prior to accepting this role, Garner served as the inaugural President and CEO of the New Orleans East Hospital in New Orleans. Garner joined the New Orleans East Hospital in August 2013 while the campus was still under construction. During his tenure, Garner successfully recruited hospital leadership, staff and physicians to re-establish a full-service inpatient hospital to an area severely damaged by Hurricane Katrina.

“I’m grateful for my experience in New Orleans as it taught me a great deal about rebuilding both a hospital and community,” says Garner. “I’m now sincerely honored to be able to serve the community of Pearland and excited for the growth that lies ahead. This is a chance to make a real difference because we’re not just building a hospital; we also have the opportunity to build a culture of service in our community.”

Prior to his leadership role at New Orleans East Hospital, Garner served as chief operating officer at HCA Fairview Park Hospital in Dublin, Georgia. Garner held the same position for the Regional Medical Center of Acadiana in Lafayette, La.

A native of Lake Charles, La., Garner holds a bachelor’s degree in microbiology from Louisiana State University, a master’s degree in healthcare administration from Tulane University and a doctor of education degree from the University of Houston.

Memorial Hermann Pearland Hospital is currently under construction on the southbound side of Highway 288 near FM 518. The 64-bed hospital is scheduled to open in early 2016 and features an intensive care unit, operating rooms, cardiac catheterization labs, medical/surgical units, and women’s and neonatology services.