Ford opens up hybrid and EV patents, but there's a catch 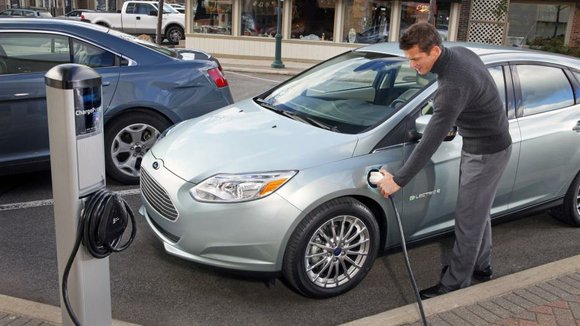 When it comes to market adoption, it's 'the more the merrier' -- especially if they're paying a licensing fee

Automakers that offer electric cars and plug-in hybrids know that higher acceptance of the tech will help all involved, from encouraging infrastructure to breaking down range anxiety. To that end, Ford is following Tesla in opening up its electric-car related patents to competitors, according to Automotive News Europe. There's a crucial difference though: Ford will still charge a licenseing fee for its patents, while Tesla opened them up for free.

"Innovation is our goal," Kevin Layden, director of Ford electrification programs, said in a statement. "The way to provide the best technology is through constant development and progress. By sharing our research with other companies, we will accelerate the growth of electrified vehicle technology and deliver even better products to customers."

In all, Ford holds more than 650 patents and approximately 1,000 pending patent applications related to plug-in vehicles and hybrids -- the Dearborn-based automaker filed 400 of them in the last year alone. Among those that it will make available for licensing will involve regenerative braking, battery run time and life, and a monitoring system that gives drivers feedback and advice on how to improve fuel economy. The patents will be offered through Ford's technology commercialization and licensing office, as well as a non-profit called the AutoHarvest Foundation which Ford helped found three years ago.