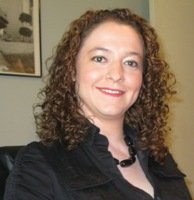 WASHINGTON, DC, June 1, 2015 — Non-heterosexual women who feel a disconnect between who they are attracted to and how they identify themselves may have a higher risk of alcohol abuse, according to a new study led by Amelia E. Talley, an assistant professor in Texas Tech University’s Department of Psychological Sciences.

The study, titled “Longitudinal Associations among Discordant Sexual Orientation Dimensions and Hazardous Drinking in a Cohort of Sexual Minority Women,” appears in the June issue of the Journal of Health and Social Behavior. It delves into the reasons behind higher rates of drinking in women who don’t identify as heterosexual.

“There’s a lot of research that shows people who are not heterosexual — that is, those who are bisexual, gay or lesbian — have higher levels of alcohol-use disorders, but it was not clear what explains that disparity aside from looking at the fact that they identify as non-heterosexual, which was not satisfying to me as a reason, per se,” Talley said.

According to the cognitive dissonance theory, humans like to be consistent in their beliefs, attitudes, and behaviors, and when they aren’t, that difference causes discomfort.

“When you perform a role, for instance, if you identify as a college student, you know there are norms or expectations that go along with that role,” Talley said. “People who know what their expected sexual identity entails might sometimes feel shame or a negative affect as a result of not performing or identifying in the way that is expected.”

Similarly, the result can happen internally. If a woman finds herself behaving in a way that doesn’t match up with how she views herself, that creates an internal conflict between how she behaves and how she thinks she should behave based on her sexual orientation.

“We presume such a discrepancy would be uncomfortable, which might lead to self-medicating: using drugs and alcohol to alleviate self-focus and take away negative affectivity by distracting themselves from these inconsistencies,” Talley said. “We thought people would be more likely to report hazardous drinking, that is, drinking to intoxication, binge drinking, and other negative consequences associated with drinking.”

Data came from the Chicago Health and Life Experience of Women (CHLEW) study, which followed a group of self-identified lesbians from 2000-2010. That study was led by Tonda L. Hughes, who also was involved with Talley’s study. In addition to Hughes, Talley’s other co-authors were Frances Aranda, Bethany Everett, and Timothy P. Johnson. Hughes, Aranda, and Johnson are from the University of Illinois at Chicago, while Everett is from the University of Utah.

“From the CHLEW data, it is clear women tend to be more sexually fluid,” Talley said. “There’s a lot of movement with regard to sexual attractions and behaviors over a lifetime.”

She gives the example of a woman who identifies as a lesbian because she typically is attracted to women, but later in life finds herself attracted to a man. Is she no longer a lesbian? Or is that man simply an exception in her mind?

“Does she change her identity according to her current partner? There are situations where there’s room for these discrepancies to manifest naturally,” Talley said. “We wanted to see if levels of discordance were correlated with the levels of hazardous drinking. There was evidence that higher levels of discordance between women’s sexual identity and their attractions and behaviors may contribute to temporary increases in hazardous drinking.”

The results were the same regardless of race, but age did make a difference.

“There was evidence that it could be more detrimental to acknowledge or report these discrepancies as you get older,” Talley said. “People see you in a different light; you have to answer to friends and family or larger society about the changes you are exploring with regard to your sexual identity. It’s difficult when you get older because of people’s expectations that you should have your sexual orientation figured out. Younger women are afforded more wiggle room in regard to exploring their sexuality.”

It’s not until the individual reports the disparity between her identity and her behaviors or attractions that problematic alcohol use increases.

“When you acknowledge this type of discrepancy exists, it puts you at a subsequent greater risk for drinking,” Talley said. “It’s common for women to be sexually fluid, but there could be temporary risks associated with coping attempts to resolve shame or negative affect by engaging in distractive, maladaptive problematic alcohol use.”

To those who may suggest drinking heavily leads women to engage in sexual behaviors that make them question their sexual identity, Talley said that’s not what her study found.

“The people in this study knew they were lesbian women when they entered into the study,” she said. “For samples of heterosexual women, perhaps drinking could catalyze same-sex sexual activities. It could be that path is different for heterosexual women, but we didn’t have enough information to look at that in this sample.”

After more than two years spent on this study, Talley has no plans to stop any time soon.

“Currently, the only way to measure sexual orientation is with three standard questions: your sexual identity, who you are attracted to, and who you engage in behaviors with,” Talley said. “Those are three distinct facets, with no established way to capture the sexual orientation self-concept as a whole. One of the goals I have going forward is to improve measurement in this area.”

Talley’s next step will be to examine similar questions in other data sets with more college-age women, the age at which sexual identity explorations are more common and discrepancies among facets are more likely. She hopes to be able to replicate the same results in those samples.

“Ultimately, I’m hoping to create a scale that gets at sexual orientation self-concept ambiguity, which measures people’s acknowledgement that various parts of their sexual orientation may not align,” Talley said. “The take-home point is the ambiguity appears to be what’s driving the higher rates of hazardous drinking. It would be great to have more open-mindedness within the larger society and get away from just assuming that identifying as a non-heterosexual puts you at higher risk to drink. I want to understand the mechanism: what is it about identifying as non-heterosexual that puts you at risk?”

“But they should be aware that when reorganizing or rethinking their sexual self-concept, the inconsistencies they might notice are totally normative, but can also put them at temporary risk for these maladaptive coping behaviors,” she said. “If they notice these discrepancies and feel distressed, I hope they find resources to cope with it — something more adaptive than alcohol.”

The study was supported by funding from the National Institutes of Health.

About the American Sociological Association and the Journal of Health and Social Behavior The American Sociological Association (www.asanet.org), founded in 1905, is a non-profit membership association dedicated to serving sociologists in their work, advancing sociology as a science and profession, and promoting the contributions to and use of sociology by society. The Journal of Health and Social Behavior is a quarterly, peer-reviewed journal of the ASA.

The research article described above is available by request for members of the media. For a copy of the full study, contact Daniel Fowler, ASA Media Relations Manager, at (202) 527-7885 or pubinfo@asanet.org.

Glenys Young, Senior Editor, Office of Communications & Marketing, Texas Tech University, wrote this press release. For more information about the study, members of the media can also contact Young at (806) 742-2136 or glenys.young@ttu.edu.