Featuring songs from Phantom of the Opera, Oklahoma!, Chicago, The Sound of Music, Mamma Mia!, Wicked, Beauty & the Beast, Frozen and more! 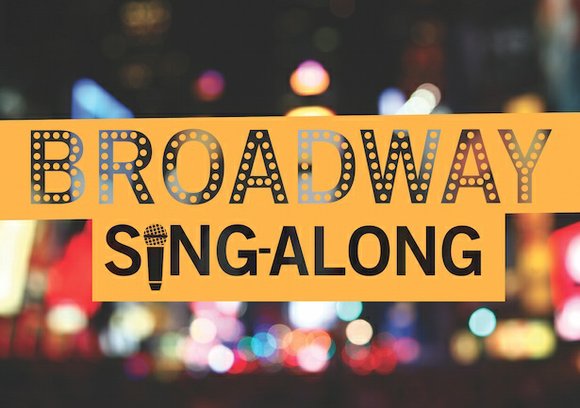 HOUSTON (June 4, 2015) – Houston audiences will be treated to an evening of Broadway favorites at 7:30 p.m. on Saturday, June 13, but this time, unlike traditional Broadway concerts, they will go from being spectators to becoming part of the evening’s entertainment when they sing along to some of Broadway’s favorites led by Associate Director Robert Franz.

The program, designed for people of all ages, will feature solos and duets with Broadway stars Debbie Gravitte and Doug LaBrecque, orchestra overtures and features, as well as plenty of opportunities for the audience to sing along to favorites from Broadway shows such as The Sound of Music, Jersey Boys, Oklahoma!, The Lion King, the ever-popular Frozen and more.

"I love to watch people enjoying themselves in a concert as they listen to us perform, but I often see them mouthing the words. This is a fantastic opportunity to actually make sound and sing right along,” said Franz. “There's nothing like singing with two incredible Broadway singers and the incomparable Houston Symphony.”

The concert will allow those who enjoy musicals old and new to “follow the bouncing ball” and sing along with professionals of the highest caliber. Gravitte, who won a Tony Award for Best Featured Actress in A Musical in 1989, has been labeled “one of the best voices on Broadway” by the Associated Press. She has also appeared with orchestras all over the world and even co-starred in the television series “Trial and Error” on CBS and NBC’s “Pursuit of Happiness.”

LaBrecque is also a seasoned performer and has shared his talents extensively on the international stage. On Broadway, he starred as Ravenal in Showboat and was featured in a 100th birthday celebration concert for Oscar Hammerstein at The Gershwin Theater.

Unless otherwise noted, all concerts take place at Jones Hall for the Performing Arts, 615 Louisiana Street, in Houston’s Theater District. For tickets and information, please call (713) 224-7575 or visit www.houstonsymphony.org. Tickets may also be purchased at the Houston Symphony Patron Services Center in Jones Hall (Monday–Saturday from 10 a.m. to 6 p.m.). All programs and artists are subject to change.

As Associate Conductor of the Houston Symphony, Robert Franz leads the Symphony in a broad range of creative educational and family concerts. Winner of two “Leonard Bernstein Award for Educational Programming” accolades presented by ASCAP (the American Society of Composers, Authors and Publishers),

Robert received his master’s degree in conducting and his bachelor’s degree in oboe performance, both from the North Carolina School of the Arts.