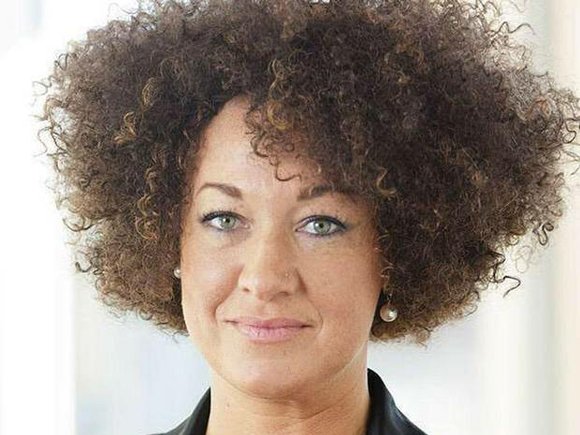 (CNN) -- Ezra Dolezal would love to see his sister, Rachel, take a DNA test to prove whose version of the truth about her racial identity is the right one.

But he doesn't think she will.

Rachel Dolezal has gone from a Spokane, Washington, activist to the focus of a highly charged national debate in recent days, after reports surfaced that she was born white yet has claimed she is black. Amid the controversy, she resigned Monday as head of her local NAACP chapter and, a day later, spoke out extensively for the first time in an interview with NBC.

And she didn't back down when it comes how she sees herself, even after her parents shared childhood photos of a young Rachel Dolezal -- her pale complexion and straight blond hair in contrast to the woman with darker skin and dark curly hair who appeared on NBC.

For the family, one comment stung especially hard. "I haven't had a DNA test," Dolezal said. "There's been no biological proof that Larry and Ruthanne are my biological parents."

Larry and Ruthanne are the Montana couple who helped drive this story, telling reporters that Rachel is their estranged daughter. Ezra Dolezal is black and adopted, one of four such children taken in by the Dolezals -- unlike Rachel, his older sister by 15 years, he says.

"I guarantee that she is not going to take a DNA test to prove that (Larry and Ruthanne Dolezal) are not her parents," Ezra Dolezal told CNN's "New Day" on Wednesday. "Because they are, and she doesn't want to be caught going back on her story again."

Over the years, several reports have come out identifying Rachel Dolezal as transracial, multiracial or black. She hasn't corrected them -- in part because, it seems, she feels connected with the African-American experience, a link she claims began as early as age 5, when she drew self-portraits in brown instead of peach crayon and with black, curly hair.

"I identify as black," she told NBC's Matt Lauer.

This self-assessment, though, has bothered some -- including African-Americans who feel that Dolezal advanced as an activist by misrepresenting herself and by claiming personal injustices that weren't legitimate coming from a woman who could decide any day to present herself as white again.

She has had her defenders, too, with some pointing to the good she's done as an activist and saying she shouldn't be faulted for her tight bond with the black community.

'She's too nervous' to admit the truth, brother says

For all the Internet outrage, though, the ones most directly affected by all this are the Dolezals. And they couldn't be further apart.

It has been years since Rachel Dolezal talked with her parents. They've been on opposing sides of one custody battle, which ended with Rachel taking in one of Larry and Ruthanne's four adopted children as her own. And Rachel, who attended historically black Howard University and until very recently had taught classes on African-American culture at Eastern Washington University, has claimed she felt her connection with the black experience was stifled when she was growing up.

"I felt very isolated with my identity virtually my entire life, that nobody really got it and that I really didn't have the personal agency to express it," she told NBC. "I kind of imagined that maybe at some point (I'd have to) own it publicly and discuss this kind of complexity."

Yet her parents have challenged her assertions, including that she identified with African-Americans as a youngster or was held back in any way. They've challenged her integrity and even questioned her mental state.

Ezra Dolezal backed his adopted parents Wednesday, while ripping what he called a web of lies -- a web that, he said, is growing bigger by the day.

"I think ... she's too nervous to just admit that she's not been telling the truth," he said. "(That) is why she keeps on making up more and more lies to help fit the story as it goes."