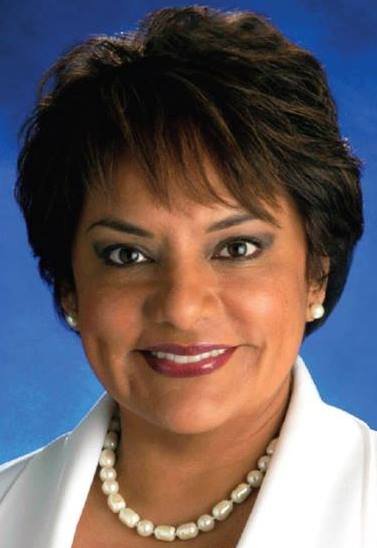 WASHINGTON, D.C. - The National Association of Latino Elected and Appointed Officials (NALEO) Educational Fund today issued the following statement on the introduction of the Voting Rights Advancement Act (VRAA) in the U.S. Senate and U.S. House of Representatives:

“By proposing bicameral legislation that could restore the ability of the Voting Rights Act to once again serve as a set of strong protections that guarantee the rights of voters, these legislators are helping ensure that our nation’s democracy remains responsive to Latinos and all Americans following the blow dealt by the Supreme Court in its 2013 Shelby County decision. A significant step forward that takes into account the needs of all diverse communities, passage of the Voting Rights Advancement Act (VRAA) would ensure our nation does not hold its first presidential election in 50 years without crucial protections in federal law to combat racial discrimination in voting.

“In the 2013 ruling in Shelby County, the U.S. Supreme Court recognized that discrimination and persistent threats to the fair and equal treatment of the nation’s fastest growing electorate still exist. According to NALEO Educational Fund analysis, nearly seven million Latinos eligible to vote residing in jurisdictions that were previously subject to preclearance pre-Shelby County have lost proactive protections under the VRA. With the VRA now missing this crucial tool in combatting discriminatory practices across the country, it is more important than ever that Members of Congress act swiftly on a legislation solution that will protect the ability of Latinos and all voters to exercise their right to vote.

“In addition to restoring the heart of the VRA, the VRAA would ensure our democracy is able to remain responsive to future demographic and geographic changes in this country. Through the inclusion of a strong and forward-looking preclearance provision that effectively responds to highly-suspect voting changes by diverse jurisdictions, the VRAA would provide much needed protections for new and increasingly visible communities of Latino voters and other language minority citizens. This is especially critical given that many of the attempts to restrict Latino voters’ access before and after the Shelby County decision have taken place in states with emerging or rapidly growing Latino populations, including Arizona, Colorado, Florida, Georgia and Texas.

“We look forward to working with members of the U.S. Senate and U.S. House of Representatives to move this modernized post-Shelby County Voting Rights Act forward on behalf of the Latino electorate and those voters most vulnerable to uneven treatment. Together, we can modernize the Voting Rights Act in a manner that upholds our values as a country and ensures that the nation’s second largest population group and all Americans have equal access to our political system in Election 2016 and beyond.”

NALEO Educational Fund is the nation's leading non-profit organization that facilitates the full participation of Latinos in the American political process, from citizenship to public service.