Why Black Panther Is Pivotal To Captain America: Civil War 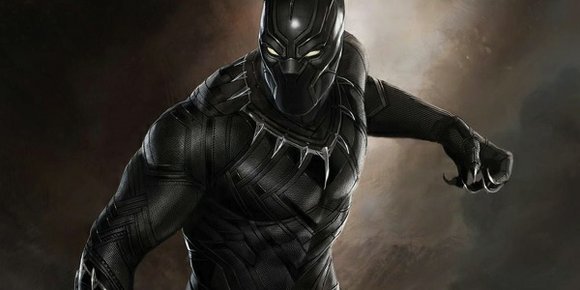 We’ve known for some time that Black Panther (played by Chadwick Boseman) would make his Marvel Cinematic Universe debut in next summer’s Captain America: Civil War. Boseman even took the stage with Robert Downey Jr. and Chris Evans at Marvel’s massive Phase 3 announcement, cementing the deal. But we didn’t know how the hero would be utilized in the Civil War plot, or why Marvel chose to use him, until now.

While out promoting the studio’s upcoming Ant-Man, Marvel President Kevin Feige was asked by Birth.Movies.Death about why Black Panther was necessary to the plot of Civil War. And Feige, always one for a candid explanation, told them:

"The reason we introduced him in Civil War is because we needed a third party. We needed fresh eyes, who wasn’t embedded with the Avengers and who has a very different point of view than either Tony or Steve. We said, ‘We need somebody like Black Panther… why don’t we just use Black Panther?’ That’s how it went in the development process."

Feige went on to explain that when we meet T’Challa, he will be assuming the "mantle" of Black Panther from his father, T’Chaka, the current ruler of Wakanda. He will be an inexperienced hero, though one who is responding to actions that occurred in Avengers: Age of Ultron. As you may recall, during the scenes with Andy Serkis, Ultron acquires a large shipment of vibranium – the chief export of the fictional kingdom of Wakanda. This land is highly evolved, but has remained in seclusion from the outside world. The will not be able to stay hidden forever, though, and it’s soon going to be T’Challa’s time to shine.

Feige explained to the site:

Today, pre-Civil War, post-Ultron I think [Black Panther] and his father are saying, ‘A bunch of vibranium just got out of here and wreaked a lot of havoc. Maybe we can’t stay behind these borders anymore. Maybe we have to stick our heads out and make at least an attempt to be a part of the rest of the world right now, while at the same time protecting our people.’ That’s sort of where we meet [Black Panther] in Civil War."

Black Panther isn’t the only Marvel hero making his debut in Civil War. As we have been reporting, Marvel and Sony recently agreed to hire Tom Holland in the role of Peter Parker and his costumed alter ego, Spider-Man. The web slinger will appear in Civil War before – like Black Panther – spinning off into his own solo movie. Spidey’s will drop in July 2017, while Black Panther’s solo gig arrives the following year, July 2018.