92% of Americans Believe Food is an Addiction 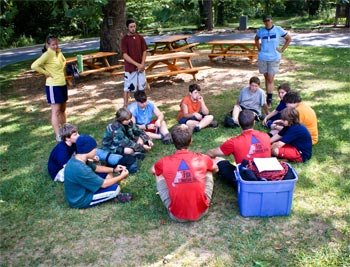 ATLANTA – March 3, 2015 – When thinking about catalysts for addiction, illicit drugs, alcohol and cigarettes tend to be top-of-mind for consumers. A recent study entitled “Food as Drug: Americans Are on a Sugar High” conducted by ORC International for Wellspring Camps, an affiliate of RiverMend Health, in February 2015, found that nearly all Americans (92%) surveyed believe that food is another form of addiction. Emphasizing this thought is the fact that 66 percent of respondents believe it can take anywhere from a couple of days to a couple of weeks to fully recover from “carb” addiction, further demonstrating that food can have similar effects on the brain and body as illicit drugs have.

Despite aligning food with other severe addictions, nearly half (48%) of respondents also shared that they believe lack of motivation to exercise is the largest hindrance to weight control, which highlights pervasive misperceptions in American society about how people gain weight and struggle with obesity.

“Conquering an addiction requires commitment and support, as well as behavioral therapy and occasional medical intervention,” said Eliza Kingsford, licensed psychotherapist and executive director of Wellspring Camps. “If we think about food as a powerful addiction that affects close to one-third of obese adults in this country, then we cannot assume the solution is as simple as finding motivation to go to the gym. It’s far more complicated than that.”

Dr. Nicole Avena, a research neuroscientist, author and expert in nutrition, diet and addiction, works with Wellspring Camps to research and analyze these topics on a regular basis. She explains that when a person repeatedly eats sugar, which we are often unaware we are doing as it is hidden in so many food products that we consume, it releases dopamine in reward-related areas of the brain. These same areas of the brain are activated when one drinks alcohol or smokes cigarettes.

As a result, the reward from eating sugar can lead to further eating, making it even harder to cut back on intake. On the topic, Avena said: “Emotionally, eating a piece of candy now and then can be rewarding and feel good. But, for people who struggle with weight issues or who want to cut back on their intake, eating candy can momentarily feel good, but then cause guilt, shame and a sense of failure. It is important that people recognize these feelings and not use food, similar to how some people would use a drug, to soothe their emotions.”

Interestingly, 40 percent of the survey respondents aged 18-34 said their parents did not set healthy food behaviors for them during childhood that they would feel good about passing onto their own children. Unfortunately, many adults are not able to overcome these negative patterns without intervention. In fact, 90 percent of individuals who are obese at 18 will remain so throughout their adult lives, according to Wellspring Camps.

“It’s time to create a new healthy obsession with diet and exercise,” adds Kingsford. “As we better understand how foods can affect our minds and bodies, instead of using food as a ‘drug,’ we can use it as fuel to create a healthy productive lifestyle for ourselves and our children.”