How Tony Stark Might Use An Infinity Stone To Create Ultron 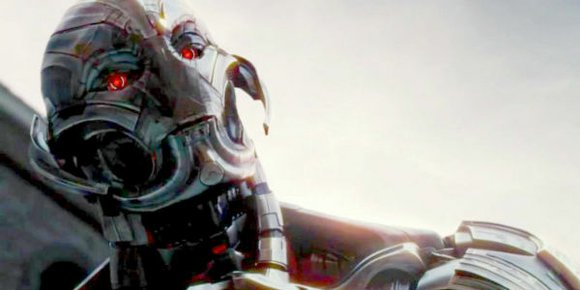 Ultron to protect and serve mankind. Things go awry, and the robot decides that man is his worst enemy. But Whedon then explains in an interview with Entertainment Weekly that this is where the difference in his character lies.

The latest Avengers: Age of Ultron trailer broke today, and like the previous previews, it provided many more questions than answers. One of the biggest ones this time around concerns the titular villain’s origin. At this point, it’s well-known that Ultron is a flawed creation of Tony Stark’s, but what hasn’t been elaborated upon is specifically how he becomes the insane robot that’s been creeping us out since October. Most have assumed it is a freak mechanical development, but it’s possible Ultron’s sentience isn’t entirely due to human error. There might be an Infinity Stone involved.

Back in late 2013, there was a rumor that one of the Infinity Stones would somehow give Ultron sentience, specifically the Soul Stone. Since then it has barely been discussed, but the new trailer potentially lends credence to that theory.

That’s Loki’s scepter from The Avengers, which the titular heroes will presumably retrieve from Baron von Strucker’s compound at some point during the film (we most recently saw it in Hydra’s possession at the end of Captain America: The Winter Soldier). Although it wasn’t known at the time that the Infinity Stone rumor originally came online, the crystal in that staff has since been revealed to be an Infinity Stone - although Marvel has not yet said exactly which one it is. Many fans have assumed it’s the Mind Stone, due to its blue color and being able to brainwash people. However, in the comics the Soul Gem is able to alter living and dead souls. What if the mind control that was previously seen in The Avengers was actually a product of this ability, along with the reason that Ultron gains sentience?

The reason Tony creates the Ultron program in the first place is so that it can protect Earth in place of the Avengers. After retrieving the scepter, Tony might keep it in the lab alongside his other gizmos and gadgets to study. Surely Tony will want to understand how it works, much like his father wanted to learn about the Tesseract. Unfortunately, this may backfire in a terrible way. Thanks to the Stone, Ultron is jumpstarted from simple drone to conscious being, but because the process goes wrong, this leads to him believing that the only way to save the planet is by eradicating humanity. As a result, Tony’s peacekeeping force is corrupted, and the Avengers are forced to stop an army or robots from killing everyone. As Thor mentioned in an earlier trailer, Tony has meddled with something that he doesn’t understand.

It’s crucial to keep in mind that like most scientists and creators that play with forces they can’t control, Tony likely had no idea that the Stone would turn Ultron into a genocidal nutcase. As we saw in The Avengers, that scepter was able to play around with everyone’s heads even when Loki wasn’t in the room, so it’s not hard to imagine it unleashing some funky otherworldly energy while Tony, Bruce Banner and the others aren’t around. Why would it do that? Well, in the comics the Stone actually has consciousness, and that may carry over to the Marvel Cinematic Universe as well.

If an Infinity Stone is responsible for Ultron’s sentience (be it Mind or Soul), this also adds more progression to the overall story leading up the Avengers: Infinity War movies - where Thanos will obtain all the Stones and the Infinity Gauntlet (which was first shown in Odin’s treasure room in the first Thor). If they’re going to be prepared for when the Mad Titan calls on Earth, they’re going to need to learn all they can about these forces of power. Unfortunately, fighting a robot that may have received life from one probably isn’t the best way of doing that.

Avengers: Age of Ultron will be released on May 1st.