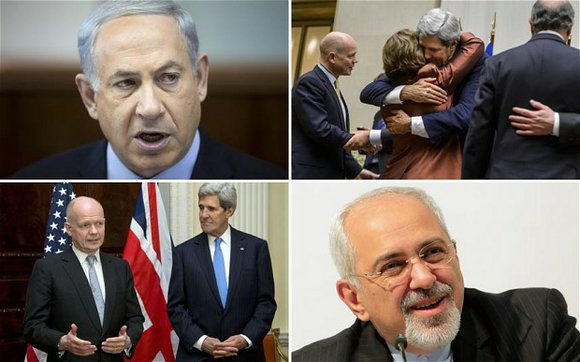 WASHINGTON (CNN) -- The United States and the five world powers negotiating with Iran to curb its nuclear program are getting closer to brokering a deal, but there might not be enough time to bridge some significant differences with less than a month until a first deadline.

Iran and its negotiating counterparts are close to an agreement on reining in Iran's nuclear program to achieve a one-year breakout, but the two sides made little progress in the latest round of negotiations on reaching a consensus on Iran's nuclear research program and the lifting of sanctions, according to a source knowledgeable of the talks.

Iran is pushing for all United Nations Security Council resolutions to be lifted immediately following a deal, the source said. American negotiators are willing to lift punitive U.N. Resolutions on Iran, but not those related to nuclear proliferation.

And Iran is also reluctant to give up its development of more advanced centrifuges, the source said.

In remarks after the meetings, Kerry said the negotiations remain "tough and intense" and insisted that negotiators are working to achieve "the right deal."

"We've made some progress from where we were, but there are still significant gaps and important choices that need to be made," Kerry said. "he purpose of these negotiations is not to get any deal; it's to get the right deal, one that can withstand scrutiny."

The negotiating parties are close to an agreement on cutting down Iran's nuclear infrastructure to hold Iran to a one-year breakout time. That would ensure Iran would not be able to produce a nuclear weapon in under a year by reducing the number of centrifuges in operation and the processing of its uranium stockpiles.

Kerry also made a veiled reference to Israeli Prime Minister Benjamin Netanyahu's push to undermine the talks, which the Israeli leader has claimed are leading to a bad deal.

Negotiators must broker an initial agreement by the end of the month and pressure is ramping up in the United States after Netanyahu warned Congress that the Obama administration is brokering a "bad deal."

Kerry took a veiled swipe at those efforts on Wednesday as he insisted that "we aren't going to be distracted by external factors or politics" and -- echoing President Barack Obama -- pointed out that "no one has presented a more viable, lasting alternative" to prevent Iran from getting a nuclear weapon.

"Simply demanding that Iran capitulate is not a plan, and nor would any of our P5+1 partners support us in that position," Kerry added.