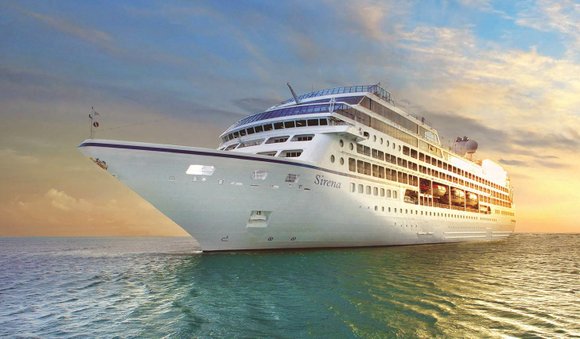 Today, Oceania Cruises unveiled its summer and fall 2016 schedule, which includes the highly anticipated maiden voyage for Sirena, a new 684-passenger ship that enters service April 27, 2016 with a Barcelona to Venice voyage. In total, Oceania Cruises’ 2016 summer and fall collection features 121 unique sailings, 90 new itineraries; 50 of which are extended journeys, and 20 intriguing ports not previously visited by the upscale line. With the summer and fall season alone, the now six ships Oceania Cruises fleet will sail to more than 240 ports in over 70 different countries, including several overnight stays in the world’s most sought-after destinations.

With its April debut, Sirena will join the line’s trio of award winning sister ships Insignia, Regatta and Nautica and offer an array of new itineraries filled with unique destinations to provide more options for Oceania Cruises guests. After undergoing an extensive bow-to-stern refurbishment, Sirena will emerge with the same stunning elegant style Oceania Cruises guests love about the existing fleet, and feature renowned specialty dining restaurants Toscana and Polo Grill, along with more recent additions to the fleet such as Baristas and the cook-to-order grill Terrace Café.

The six ship fleet provides Oceania Cruises even greater flexibility to create an unprecedented number of new itineraries for the upcoming season, offering a perfect fusion of classic and off-the-beaten-path ports. These new itineraries explore all corners of the world and will capture the imagination of even the most seasoned traveler. One thrilling new itinerary is a 17-night sailing aboard Marina from Buenos Aires to Valparaiso (Chile) traversing the southern tip of South America, while marveling at the magnificence of the Chilean Fjords.

The luxury line also introduced seven new Grand Voyages, ranging from a 90-night round-trip journey from Miami to a 40-night Vancouver to Montreal sailing. The 90-day Grand Voyage from Miami will explore exciting destinations of North America, magnificent fjords of Greenland, iconic locales in the Mediterranean and exotic lands in Africa, including stops in less traveled ports La Goulette (Tunisia) and Algiers (Algeria). The 40-night Grand Voyage from Vancouver to Montreal will visit sensational ports on both coasts of North America including stops in Nicaragua, Costa Rica, Panama and Colombia plus an exhilarating Panama Canal crossing.

In total, Oceania Cruises ships will visit 20 new destinations as part of the summer and fall collection. Some of these new ports of call include:

With such an elaborate array of itineraries, here is a summary of the regions and destinations the Oceania Cruises fleet will sail the summer and fall 2016.

Sirena’s maiden voyage will be an extraordinary 14-night cruise from Barcelona to Venice on April 27, 2016. The inaugural season features an entirely new lineup of 10- to 14-day voyages, artfully blended with a mix of classic and new destinations throughout the Mediterranean, including two voyages venturing as far west as Seville and Lisbon. The ship will visit an impressive 11 new locales for Oceania Cruises, such as the famed beaches of Gaeta (Italy), pristine rainforest of Golfito (Costa Rica) and well-preserved provincial township of La Paz (Mexico).