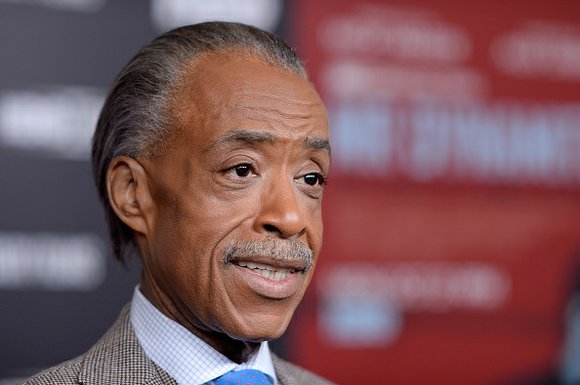 In response to the fact that African-American and Latino communities continue to be disproportionately impacted by HIV/AIDS, AHF conceived its national “AIDS Is A Civil Rights Issue” (AIACRI) public awareness campaign in 2014 to highlight this health disparity as well as to emphasize the fact that access to HIV prevention, care and treatment for HIV/AIDS should be universal.

The Selma forum—part of a yearlong campaign launched in February 2014 to coincide with the 50th anniversary of the Civil Rights Act of 1964—is the eighth in the nationwide series of “AIDS Is A Civil Rights Issue” town halls spearheaded by AHF. Rev. Sharpton will be honored with AHF’s Human Rights Vanguard Award during the event.

Disproportionately high numbers of HIV/AIDS cases among communities of color may be caused by several factors, including:

Lack of access to clinics for care and HIV testing.

High levels of stigma surrounding HIV/AIDS in these communities prevent people from learning their HIV status, or from seeking care and speaking honestly with their partners if they know they are positive.

Both society and the healthcare industry have marginalized members of these communities both on account of sexual orientation and race, blocking essential treatment, care, and education for those who need it.

“If it’s one thing we’ve learned in the fight against HIV/AIDS, it’s that every human life has value regardless of one’s race, gender, religion, income or sexual orientation. Today’s ongoing battle is to remind our legislators and elected officials that countless lives have been given to hold our government accountable to its constitutional promises of equality and protection,” said AHF President Michael Weinstein. “It’s an honor to join the thousands of people coming together in Selma to celebrate the progress our country has made on racial justice and publicly recognize Rev. Sharpton for his dedication to the message that access to life-saving HIV medical treatment is a fundamental human right.”

At a AIACRI forum held in Las Vegas in November, Rev. Al Sharpton spoke about the importance of overcoming HIV stigma to attain equal access to HIV/AIDS treatment for those in need. “Jesus heals the sick. He did not judge the sick,” he said, adding with regard to those leading the Civil Rights Movement during the mid-20th Century: “I’m glad they didn’t judge me before they fought for me.”

AIDS Healthcare Foundation (AHF), the largest global AIDS organization, currently provides medical care and/or services to nearly 367,000 individuals in 36 countries worldwide in the US, Africa, Latin America/Caribbean, the Asia/Pacific Region and Eastern Europe. To learn more about AHF, please visit our website: www.aidshealth.org, find us on Facebook: www.facebook.com/aidshealth and follow us on Twitter: @aidshealthcare and Instagram: @aidshealthcare