DNC Chair Wasserman Schultz on the 50th Anniversary of Selma 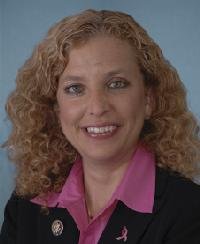 “Fifty years ago, a group of determined Americans gathered in Selma, AL and our nation would forever change as a result of their courageous actions. They were young people and students from across the South – people like Amelia Boynton Robinson, John Lewis and Hosea Williams - who organized and marched across the Edmund Pettus Bridge, only to be met with intolerance and violence. They were beaten, charged by officers on horseback, and attacked with tear gas.

“Fifty years ago, the images of Bloody Sunday in Selma stunned a horrified nation. With television cameras displaying images of Americans beaten and bloodied for seeking to guarantee their right to vote, the harrowing episode created a sense of urgency that for too long only mattered to those whose dignity and access to the polls were not respected. Across the country, people were compelled to take action, and within weeks legislation was introduced in Congress to right these wrongs and chart a new course for liberty and freedom in America. Within five months, the Voting Rights Act of 1965 passed both the House and Senate and was signed into law by President Lyndon Johnson.

“Today, images from across the country demonstrate that the issues of half a century ago are not as far in the past as we would like to think. We still have work to do. And the critical blow dealt to the Voting Rights Act by the Supreme Court in 2013 is a sad reminder that the right to vote is one we must be ever vigilant to protect.

“The Democratic Party is proud to stand for justice, equality, and opportunity; we value and respect the right of every American to vote and to have that vote counted.

“On this 50th anniversary of Selma, we rededicate ourselves to carrying forward the mission of those who marched and stood up for justice with strength, courage, and unshakable resolve.”