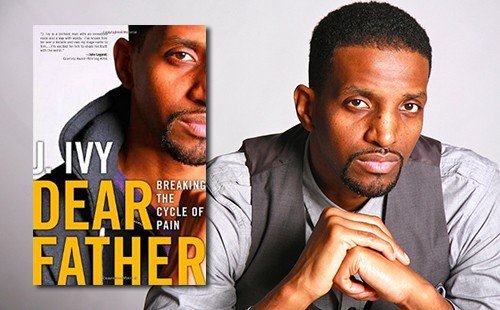 Chicago, IL (BlackNews.com) -- A Grammy Award-winning performance poet and author, J. Ivy is best known for his hip-hop verses, motivational speaking and contributions in the music industry. His support throughout the community is renown, with the cultivation of his Write to Live Academy and his new book Dear Father: Breaking the Cycle of Pain, published earlier this year.

Now, J. Ivy is driven to embark upon his biggest venture yet: the Dear Father Movement, which encourages people to create letters of their own to their fathers.

"By tapping into our creative expression, I believe we can find peace and forgiveness," said J. Ivy. "Going on this journey helped me to face my issues, and the outcome has been a constant blessing."

According to the U.S. Census Bureau, 24 million children in America  one out of every three  live in a home without the physical presence of a father. For J. Ivy, poetry and writing are more than artistic expression; they are forms of emotional healing and personal empowerment. In his book, he outlines his feelings of abandonment and his journey to healing and forgiveness due to growing up without a father. The result is his poem "Dear Father", J. Ivys personal letter written to his dad.

He now invites and encourages others to do the same. Using their own compelling talents of creativity, people from all over the world are supported to create messages to their fathers. Whether it is to channel whatever pain they have experienced, or to pay tribute and give thanks for the positive way their lives have been touched, all expressions are significant and powerful.

J. Ivy received a Peabody Award for his performance on "Def Poetry," as well as a Grammy Award for his contribution with Jay-Z on Kanye West's "The College Dropout" album. J. Ivy also has collaborated with John Legend, RZA, The Last Poets, The Roots, Common, Mos Def and more. His latest works involved a commissioned poem and performance for Michael Jordans 30th anniversary for the Jordan brand and a feature on Estelle's song, "Time Share" in her new album release, "True Romance."

As spoken by Deepak Chopra, who is a prominent spiritual leader and best-selling author, "J delivers a powerful message of hope, transforming his pain into power." The focus of this movement is to discover ways to uplift and inspire, while also creating space for understanding, acceptance and healing.

Entry guidelines to the Dear Father Movement are flexible, and can be in various art forms.

Individuals can write their own poem, or articulate in letter format. They can choose to produce a video, create a song, or express their messages through artwork or photography. Participants can even communicate their letter in short, 140-character tweets.

"The emphasis is on creating, and we wanted to keep it open to all styles," says J. Ivy. "My vision is to connect through storytelling and art on a universal level to bridge disparities and unite people."

To learn more about the Dear Father Movement, and to actively participate, please visit www.j-ivy.com.

Dear Father: Breaking the Cycle of Pain is available at Barnes and Noble, Barbara's Books and at Amazon.com