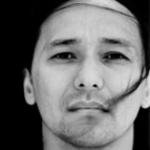 Troy Campbell, founder of The House of Songs

Austin, TX – The House of Songs™, Austin’s original mini-retreat for international musicians who want to get away to write, collaborate with American musicians and play local performances, is celebrating its five-year anniversary.

Founded in 2009 as a joint business between Troy Campbell, a critically acclaimed songwriter and film producer based in Austin, and two musicians' guilds from Denmark, including Danish star, Poul Krebs, the simple house in Travis Heights has expanded from welcoming artists from one country to more than a dozen.

“Five years ago, I rented a small house in South Austin and furnished it with instruments,” said Campbell. “Since then, we've helpedestablish nearly 1,000 strong musical relationships by exposing foreign artists to music fans locally and by giving Austin artists a new international outlet.”

“Our safe haven for creativity has resulted in new, original songs and music tours. Artists from Africa to Japan to Australia have shared inThe House of Songs™ experience,” said Campbell. “What’s more, American artists have participated in creating some Northern European hits and subsequent Scandinavian tours, allowing them to generate income, royalties and more exposure.”

Campbell’s vision has been so successful at bringing musical cultures together to create songs that The House of Songs™ is exploring other cities in which to launch sister businesses, including Seattle, Las Vegas, Shanghai and Stockholm.

“The future of digital media is driven by international collaboration. This was part of our initial mission when we started The House of Songs™,” said Campbell. “We didn’t just want a house and a retreat, but rather the nurturing of international collaboration using digital media to build music careers. And now after five years of profitable growth, we know our vision works!”

The House of Songs’™ partners helping to expand the company across the globe and around Texas include the City of Austin, State of Texas Music Division and organizations in Sweden, Denmark, Finland, France, UK, Canada, Japan, Germany and Iceland.

About The House of Songs™

The House of Songs™ is Austin’s original mini-retreat for international musicians who want to get away to write music, collaborate with American musicians and play local performances. More information is available at www.thehouseofsongs.com.