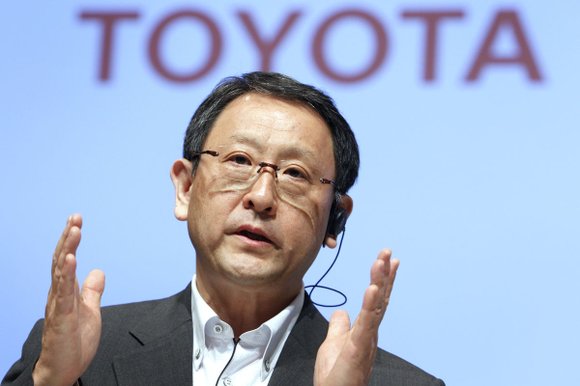 The appointments reflect Toyota’s ongoing efforts to diversify its global leadership team and leverage talent from its biggest, most experienced market as it continues to evolve as a global, customer-focused company. Toyota is also further strengthening regional integration in North America so it can respond more quickly and effectively to its customers’ needs.

Akio Toyoda, President of Toyota Motor Corporation (TMC), said: “Bringing together an experienced and diverse team of executives with fresh perspectives, unique regional insights and a global mindset will help us better serve customers around the world. Our new appointments also put in place a broader base of support for North America CEO Jim Lentz as he continues to build upon the strong momentum he has achieved with dealers and customers in this key market.”

In April 2014, Toyota announced it is establishing a single, state-of-the-art headquarters in Plano, Texas for its North American manufacturing, sales and marketing, and corporate operations. Toyota Motor North America or “TMNA” is the new designation of Toyota’s North American operating entity headquartered there.

The changes announced today include:

Osamu “Simon” Nagata, managing officer, TMC, and chief executive officer and president of TEMA, is named senior managing officer, TMC; executive vice president, TMA; and chief administrative officer of TMNA. In this new role, Nagata will be responsible for the “One Toyota” initiative encompassing Toyota’s transition to a single North American headquarters and related collaboration and integration efforts. To this end, Nagata will manage on a cross-affiliate basis all North American corporate staffs. He is based in Plano, Texas, reporting to Lentz.