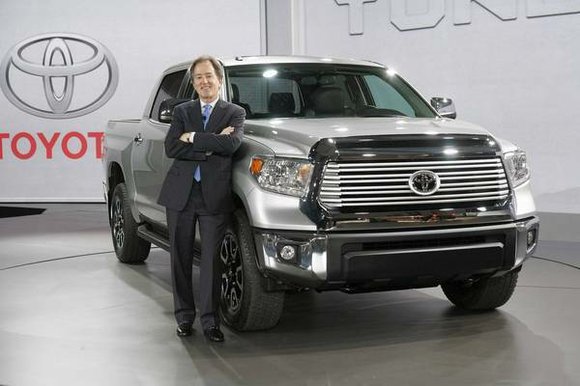 William D. Fay was in charge of marketing at Toyota during a tough time for the company. He’s proud that the automaker was able to recover quickly. (Toyota)

"The auto industry is off to its best start since 2002 as truck demand continues to rise," said Bill Fay, Toyota division group vice president and general manager. "Toyota light trucks and SUVs, led by RAV4, set a new February record."

Lexus RX up more than 14 percent

Toyota (NYSE:TM), the world's top automaker and creator of the Prius, is committed to building vehicles for the way people live through our Toyota, Lexus and Scion brands. Over the past 50 years, we’ve built more than 25 million cars and trucks in North America, where we operate 14 manufacturing plants (10 in the U.S.) and directly employ more than 40,000 people (more than 32,000 in the U.S.). Our 1,800 North American dealerships (1,500 in the U.S.) sold more than 2.5 million cars and trucks (more than 2.2 million in the U.S.) in 2013 – and about 80 percent of all Toyota vehicles sold over the past 20 years are still on the road today.