Iran deal: A treaty or not a treaty, that is the question 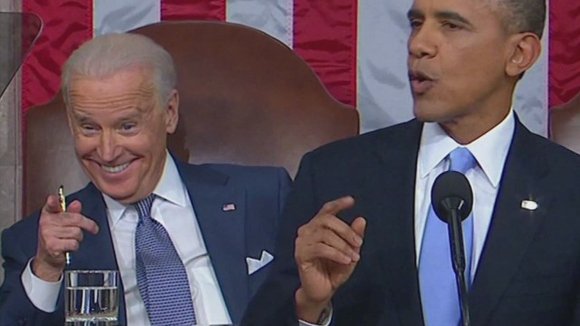 According to the White House, only if the President of the United States says it is.

That's infuriating Republicans and even some Democrats, who are demanding that the Obama administration submit any final nuclear deal with Iran to Congress for approval.

"This is clearly a treaty," Arizona Sen. John McCain told reporters Tuesday. "They can call it a banana, but it's a treaty."

The GOP position could jeopardize the long-term survival of any Iran deal, and it represents the party's newest clash with President Barack Obama over the limits of executive authority, as Republicans object to a pact they warn could eventually give Tehran a nuclear bomb.

It's that skepticism that has largely led the White House to define the deal as a "nonbinding agreement" rather than a "treaty," which the Constitution requires Senate "advice and consent" on.

Can the White House avoid Congress?

The distinction -- and whether it can legitimately be used to shut out Congress -- turns on complicated and unresolved questions of constitutional law. While Republicans call foul, the administration defends the differentiation as perfectly sound, and no surprise.

Secretary of State John Kerry stressed Wednesday that the administration never intended to negotiate a treaty.

"We've been clear from the beginning. We're not negotiating a 'legally binding plan.' We're negotiating a plan that will have in it a capacity for enforcement," he said at a Senate hearing.

That doesn't sit well with Republicans, many of whom believe the Senate's constitutional role is being bypassed.

Idaho Sen. James Risch dismissed the administration's argument: "Let there be no mistake, this is a treaty that is being negotiated. It's a treaty and should be treated as such."

Republicans see criticism of the administration's maneuver as a way to gum up the works on the current deal, and to push their larger assault on the White House's exercise of power.

At the Senate hearing Wednesday, Kentucky Republican Rand Paul explicitly tied the administration's bid to keep the deal away from Congress to other accusations of White House overreach.

"This is an administration that seeks to legislate when that is not in their purview, whether it be immigration, whether it be health care," he charged, noting that he had joined 46 other GOP senators in signing a letter to the Islamic Republic informing them of Congress's role in approving binding agreements.

But legal experts say that though a court challenge along the lines of pending GOP cases on immigration and health care is possible in theory, it would be a long shot.