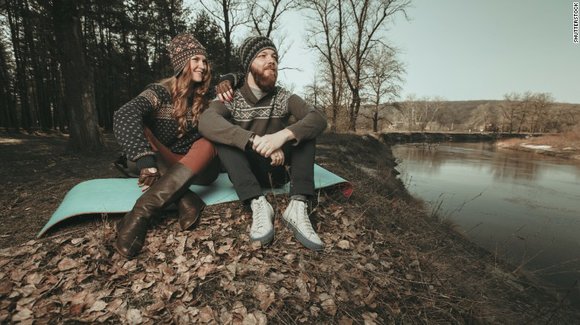 In a study of 1,246 cognitively normal people between the ages of 30 and 95, Jack and fellow researchers found that while memory started to decline for both sexes at age 30, male memory was worse than women overall, especially after age 40.

(CNN) -- Ladies, science has proven what you've been saying all along: A man's memory is worse than yours. Not only that, but their brains are smaller, at least the part that controls memories.

In a study of 1,246 cognitively normal people between the ages of 30 and 95, Jack and fellow researchers found that while memory started to decline for both sexes at age 30, male memory was worse than women overall, especially after age 40.

And in males, the hippocampus, the part of the brain that controls memory, was also smaller than women's, especially after age 60.

"The men's hippocampus starts off a little bit above average in the young people in the study," said neurologist Dr. Charles DeCarli, who reviewed the study before it was published in JAMA Neurology. "But then it falls way below average in the older men as compared to the older women."

"It's no surprise, as your brain shrinks, memory declines," added Jack.

But wait, overall men's brains are bigger than women's, right?

"It's true, women's brains are smaller than men's brains, but brain size scales with your height," Jack said. "And so if you correct for head size, which we did, women's hippocampus and verbal memory is better than men's."

One of the major reasons females trump males in this head game: the protective effects of hormones. Estrogen has been shown to shield pre-menopausal women from hypertension, bone loss, heart disease, even urinary tract infections.

"Men can't do anything about the absence of the protective effect of estrogen," Jack said. "And while it goes away for some women by 50, if a woman has had a lifetime of protective advantage, there's still quite a residual effect for a number of years past that."

"It's not just estrogen, there's progesterone, luteinizing hormone, blood volume, let me tell you, women are different from men," DeCarli said. "Men may never achieve the same level of memory performance because their brains are developing differently from the beginning."

"You can even think about that anthropologically," DeCarli said. "Women may have developed skills and strategies over our evolutionary development to keep track of stuff that helps their memory that men just never acquired."

Another advantage women have over men: less risk for vascular disease.

"Hypertension, diabetes, smoking: Historically, men have had much higher risk factors than women," Jack said. "The same things that harm your vessels harm your brain."

A surprising finding of the study is that the decline in memory for both men and women had nothing to do with a connection to brain disorders, such as Alzheimer's.

"One of the big conclusions that had been drawn in the past was that the memory and brain-volume declines you see in middle age are probably due to underlying Alzheimer's pathology," said Jack. "What we found that was quite different is that these declines that begin in the 30s and continue through old age occur well before we see evidence of Alzheimer's disease."