Ten Serious Effects of Negative Parenting—and the Science Behind Them 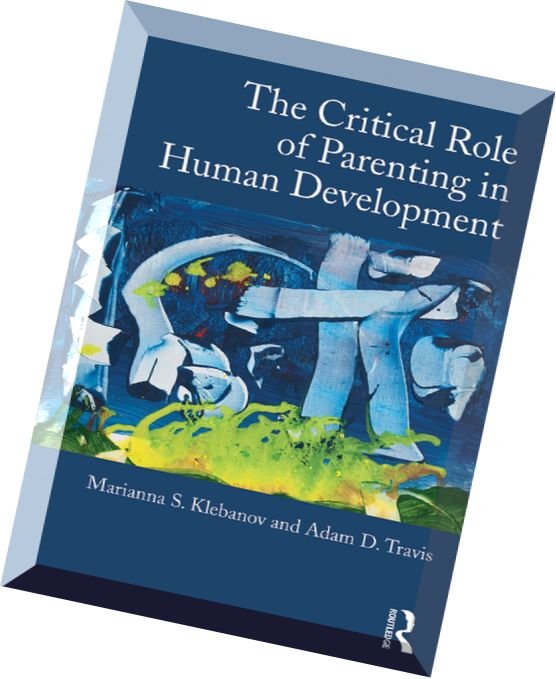 San Francisco, CA (March 2015)—We all intuitively know that the way a child is parented has a deep and indelible impact on that child's life. But now, thanks to ever-more-detailed brain scans and scientific research, we're learning just how important parenting actually is. What happens during a child's formative years directly impacts the brain's growth and development—and not always for the better.

"When a parent's behavior does not create a loving, supportive environment, a child's brain develops in altered form," says Marianna Klebanov, coauthor along with Adam D. Travis of The Critical Role of Parenting in Human Development (Routledge, 2014, ISBN: 978-1-138-02513-4, $46.95, www.anewconversationonparenting.com). "Dysfunctional, irrational, and destructive behavior patterns are literally programmed into the child's brain, setting the stage for recurring issues throughout that child's life."

Among a host of scientific studies on these issues, Klebanov points to research from the Washington University School of Medicine, which shows that children of nurturing mothers have much larger, healthier brains. Furthermore, the hippocampi of neglected children were up to 10 percent smaller than those of children with caring, loving mothers. (See the image below from Bruce Perry, MD, PhD, for a comparison.)

"This is significant, because the hippocampus is the region of the brain responsible for memory, stress control, learning, and other cognitive tasks," Klebanov explains. "But of course, it's only when we translate this scientific lingo into real-life consequences that the serious implications of this research truly come to light."

Here, Klebanov looks at 10 ways in which parenting affects children throughout their lives:

Parenting affects intelligence and education. As Klebanov has pointed out, a parent's nurture (or lack thereof) affects the growth of children's brains, as well as their ability to learn. Research has also amply demonstrated that children who receive corporal punishment (yes, this includes spanking) score lower on IQ tests and other tests of cognitive ability.

"The bottom line is, a child who is subject to any level of abuse, mistreatment, or neglect will often grow up with lower intelligence levels and cognitive strength—consequences that obviously have a detrimental effect on his or her education," Klebanov explains. "Childhood trauma also impacts social and emotional intelligence, thus leading to relationship problems that additionally limit educational advance¬ment, success, and accomplishment."

Parenting affects career success. When we struggle with problems in our careers, their roots can often be traced to childhood issues. Of course, lack of education, which in itself limits an individual's career path, can be a consequence of arrested cogni¬tive development caused by less-than-optimal parenting.

"Furthermore, if our parents were unsupportive, engaged in obvious or subtle put-downs, or modeled destructive relationship and communication patterns, these issues will become wired into our brain circuitry during our development," Klebanov comments. "This can lead to limits on upward mobility, problems with earning capacity, lack of respect for and from others, negative relationships, and other career-sabotaging problems."

Parenting affects morality. Parental affection and attention matter much more than many of us realize. Research has shown that fast responses to infants' cries, physical contact and affection, breastfeeding, and co-sleeping all help children grow up to become adults with mature moral development, including a developed sense of empathy and moral sensitivity to others.

Parenting affects addiction. Studies have shown that adverse childhood experiences lead to an increase in addictive behaviors. Parental substance abuse, as well as the need to dull the pain caused by one's own childhood maltreatment, may lead to substance abuse in the victimized individual. Frequently, children of substance abusers themselves replay their parents' patterns.

"Whatever its cause, it's no secret that substance abuse often leads to serious lifelong problems that impact individuals and society as a whole," Klebanov says. "These problems include health issues, emotional limitations, obsessions and compulsions, serious financial issues, an inability to take responsibility for one's actions, destroyed relationships, anger and/or violence, a lack of productivity, an inability to responsibly manage family obligations, and more."

Parenting affects relationships. The relationship between a child and his or her parents serves as the foundation for all of that child's future relationships. Infants and small children need to experience love and positive attachment behaviors from their primary caregivers in order to conduct relationships optimally throughout life. If these things are not present, children may grow up to be too needy or attached, too critical, withdrawn, unreliable, inconsiderate, and more as they recreate the earliest relationship they experienced.

"How many of us suffer because of negative relationships?" asks Klebanov. "We read relationship guides, we wonder why we continue to repeat the same patterns, we suffer continued discord, we suffer through the emotional pain and economic struggle of divorce, we live through continuing failed relationships or failed friend¬ships, and we take on jobs where our coworkers and bosses treat us inappropriately. All the time, we are unknowingly recreating patterns that developed in our brains when they were most plastic and forming their primal connections."

Parenting affects physical health. Childhood trauma is proven to cause numerous physical illnesses and disorders including cancer, severe obesity, ischemic heart disease, chronic lung disease, skeletal fractures, and liver disease. It can lead to accelerated aging and inflammation, and has also been linked to chemical sensitivities and allergies, autoimmune diseases, and osteoarthritis.

"Unfortunately, these links are not general public knowledge," Klebanov comments. "But they are so impressive that when they are more widely disseminated, they have the potential to make a significant positive social impact. As a practical matter, the reduction of child abuse and neglect in various forms will lead to a decrease in physical illness and to a generally healthier society and culture. And in terms of policy, increased funding for effective parental education and therapeutic programs would lead to enormous reductions in healthcare costs, as well as a generally less ill, more energetic, more productive society."

Parenting affects personal economics and the economy as a whole. Children whose parents are strict about money and anxious about not having enough (whether because of actual circumstances or due to fear-driven thriftiness) grow up in an environment of limitation and stress, which may impact the child's status with peers, ability to concentrate on studies, and feelings of anxiety.

Believe it or not, the negative impact of a parent's financial concerns can begin even before birth. For example, if a pregnant mother is concerned about the cost of raising the child she is carrying, this concern will reflect itself in the stress hormones and chemicals that are released into the body she shares with the child.

"On the other hand, children who live with financial plenty grow up in an environment with less fear, less stress, and a stronger social support network," Klebanov says. "This is one reason why wealthier parents tend to raise wealthier children, and those raised in poverty frequently remain in a state of financial limitation. And obviously, personal economics impact our society's overall economic health. Where many in the population are financially limited, consumer spending is limited, leading to businesses that also suffer financial hardship."

Parenting affects prison costs, defense costs, and healthcare costs. While Klebanov has touched on these consequences of negative parenting already, their impact on spending (both public and private) is so significant that they deserve to be mentioned on their own.

"Violence stemming from childhood trauma leads to increased rates of incarceration, and thus rising rates of prison spending," Klebanov explains. "Our overarching cultural belief in the effectiveness of retribution causes us to act on the premise that war is necessary to correct other nations' wrongful behavior, leading to a staggering defense budget. And research has linked child abuse with measurably higher healthcare costs in individuals. Just take a moment to imagine how different our country and our world might be if even a relatively small percentage of those dollars were free to be spent on other needs and initiatives."

"Ultimately, very few elements of our lives escape the impact of parenting, even though we may not consciously connect our difficulties, dysfunctions, and issues with our upbringing," Klebanov concludes. "My intention in sharing this information is not to shame or needlessly frighten parents, but to educate them in order to spark positive change. The majority of parents do want the best for their children, and are themselves victims of negative parenting and erroneous cultural beliefs."

She adds, "As science and technology continue to reveal more about the effects of parenting on children's brains, as well as on their overall growth and development, I hope we will begin to see meaningful change in the education provided to parents, in our nation's policies and laws pertaining to the rights of children, and in increased funding in the area of mental health treatment."