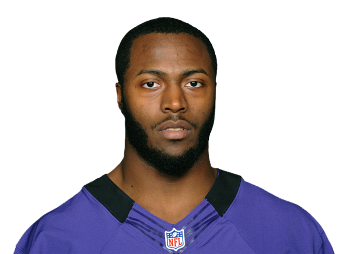 Baltimore Ravens running back Bernard Pierce was hit with drunken driving charges early Wednesday morning after he was stopped for speeding in Baltimore County. He was cut from the team hours later. Baltimore County police said an officer stopped a Ford Mustang that was speeding around 2 a.m. ET Wednesday in Towson, north of Baltimore. He was going 55 mph in a 30 mph zone, and failed a series of field sobriety tests after he was stopped, according to police spokesman Cpl. John Wachter. Pierce was taken to a station house in Towson for processing, and later released. Pierce is charged with driving under the influence of alcohol, driving while impaired by alcohol and two additional speeding offenses. Five Ravens players were arrested last year, most notably running back Ray Rice for domestic violence, an offense that led to his suspension by the NFL and his release from the team. Owner Steve Bisciotti acknowledged the off-field issues made 2014 his “worst year” since taking over the Ravens, and insisted the team would work to avoid grabbing the wrong kind of headlines this offseason.