5 Ways Women Can Stop Tearing Each Other Down at Work 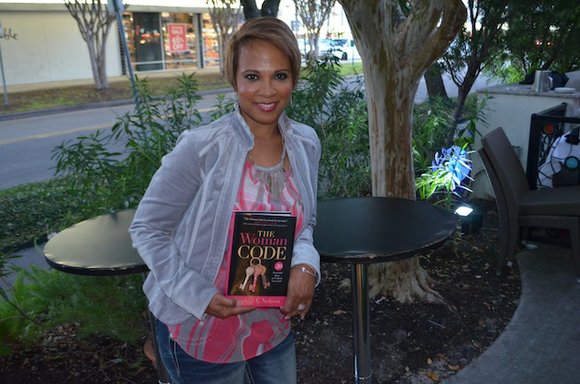 Sophia Nelson, author of the The Woman Code Photo by Jo-Carolyn Goode

(CNN) -- There have been a few times in my career when I've been thoroughly disappointed -- even disgusted -- with my fellow women in the workplace.

I'd love to say more about each of the women I've met along the way who fit those descriptions, but my point is not to single anyone out. My goal is to ask the question, "Why?"

Obviously, not all women are like this and there are plenty of men guilty of the same behavior, but why do so many women try to tear each other down instead of lift each other up?

I figured this would be a perfect question for Sophia Nelson, author of a new self-help book for women called "The Woman Code," and she didn't disappoint.

"From the time we're little girls, we're taught to compete," said Nelson during a recent conversation at CNN. "I need to be prettier, taller, smarter, my hair needs to be straighter, curlier, whatever it is. I need to get the better looking guy. I need to always be better than because we're taught to come from a place of lack as women."

The way Nelson, an award-winning author and journalist, radio and television personality and motivational speaker, sees it, we women need to start operating like the boys.

Men "operate from a sense of, there's this whole pie, and I want my piece, and I don't care if he gets his piece, and maybe we even have to work together to start that business, start that company," said Nelson.

Of course, it's easier for a man not to worry "if he gets his piece" since there are plenty of pieces of pie available for men in terms of management positions in corporate America, but that isn't the case for women. Today, just 5% of S&P 500 chief executives are women and only 14% of the top five senior leadership positions at those companies are held by women, according to a CNN Money analysis.

Decades ago, the situation was even worse. When I was just starting my television news career in 1990, women who were in their 40s and were in high-level positions were the only women in a position of influence. Naturally, many of them often viewed other women as threats who could take their job.

Which means we can lift as we climb, we can help our younger sisters and even our cohorts while still moving up and on in our careers, says Nelson.

"How exactly do we do that?" I had to ask. Nelson came armed with five tips on how women can work with as opposed to against each other.

Tip No. 1: Steer clear of women who "don't do" women friends

First, Nelson says be mindful of the people you surround yourself with and careful about "who's in your row."

"If you hear another woman say, and I've heard this, 'I don't do women friends, I don't have women friends,' believe her and leave her alone. I mean that, listen to me now," said Nelson.

There are too many women who believe in the sisterhood of women, so don't invest any time, if possible, with people who don't, she says.

If you are in a meeting and you have a great idea, don't feel like you have to hoard it to yourself, said Nelson. "Collaborate, share, collaborate. ... So you lift other women as you climb by collaborating versus competing."

Competition is healthy and we can compete, but we ought to take a page from our male colleagues' playbook, she said. "The guys collaborate better than we do because they operate from a place of 'I want the dollars. I want to win the contract. I want to get the business.' We have to get in that same mindset."

We're all busy but we've got to slow down and mentor, said Nelson.

"We have to build a bench," she said. "Men do this well again. You've seen it in corporate, I've seen it. The guys go out and golf. They do things together and they're building up the next young man leader. Whatever field we're in ... we're less likely to do it because we're busy. We've got to mentor."

When you lift other women as you climb, said Nelson, you realize it's reciprocal. "It's not all about you."

We women win when more women are in executive roles in organizations, I added.

Tip No. 5: Be willing to have "courageous" conversations

This is a tough one for us, says Nelson. We need to be willing to say to another woman that we didn't like something she did or said and do it in a respectful and private way where we are still building her up, not pulling her down.

"Don't go tell 10 of your friends not to like her. You'd be amazed at how silly we can be. We're still in kindergarten some of us," said Nelson.

"Gossip is still one of the most rampant, nasty things we do as women to each other. And it hurts. It really damages women."

Why do you think women too often tear each other down instead of help each other in the workplace? Share your thoughts with Kelly Wallace on Twitter @kellywallacetv or CNN Living on Facebook.