5 things to know about the House GOP budget 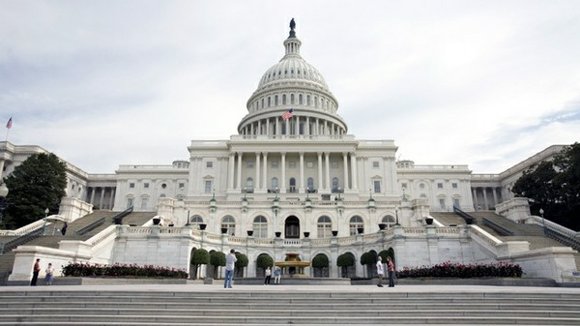 "Congress should not put taxpayers on the hook for another bailout, and this giveaway that was drafted by Citigroup lobbyists has not place in a critical government funding bill," Warren said in a statement.

WASHINGTON (CNN) -- House Republicans voted Wednesday on several budget proposals and passed a version that would dramatically reshape the size and scope of the federal government. The vote was 228-199. The leadership's preferred plan, which passed, cuts trillions, outlines major changes to the tax code and repeals Obamacare.

Here are some key things about the House Republican budget resolution:

Congressional budget resolutions are not legally binding. They are used to set overall spending levels for the federal government programs, but the House and Senate Appropriations committees craft bills that lay out specific funding plans for each agency.

Leaders of both parties frequently say budgets are "a statement of priorities" and House Budget committee chairman Tom Price, R-Georgia, has dubbed this year's version as "A Balanced Budget for a Stronger America."

The GOP plan cuts $5.5 trillion in federal spending over the next ten years and balances the budget in roughly nine years. It gives congressional committees a July 15 deadline to detail how they would carry out the budget cuts.

The Republican proposal converts the Medicare program into a "premium support plan." For those aged 56 and younger the new structure for the federal health care plan for seniors would give out federal vouchers and seniors would purchase coverage on the private market. Democrats argue the new proposal would mean cuts in services and higher out of pocket costs for seniors.

The budget also shifts both the Medicaid and the food stamp programs into block grant programs which would be administered by the states.

Because budget writers had to comply with spending limits set by a 2011 law known as the "Budget Control Act" they had to cap spending for both defense and non-defense accounts. The overall federal budget for the next fiscal year is a little more than $1.1 trillion, with defense spending is limited to $523 billion and non-defense domestic programs are capped at $493 billion.

A split between defense hawks, who wanted more money for the Pentagon, and fiscal hawks, who want to enforce spending caps, made the path to passing a budget a steep climb for GOP leaders.

Democrats are solidly against the GOP plan, so House Speaker John Boehner needs to get enough of his own members to back it to avoid an embarrassing failed vote. Boehner announced he would add another $2 billion in defense money in an off budget fund to boost Pentagon spending levels and attract support from those members focused on national security programs.

Because of concerns over conservative defections Republican leaders decided to employ a mechanism that allows votes on multiple budgets. The version that gets a majority and the most votes will be the one that passes.

Leadership aides and multiple members predict the vote will be close, but they believe the budget that added the defense money will pass.

Even though the budget doesn't become law, if House and Senate Republicans can agree on a budget resolution they can use a procedural tool to pass a repeal of President Barack Obama's signature health care plan with a simple majority.

The one thing that unites GOP members is their drive to roll back Obamacare. Although they control both chambers of Congress now they have 54 votes in the Senate -- short of a filibuster proof majority that can pass a bill to repeal the 2010 health care law.

Under a process known as "budget reconciliation" that is included in both Senate and House budget proposals they are able to send a bill to the President's desk with just 51 votes. Obama has already vowed to veto any bill that dismantles the health care law, but Republicans say they promise to follow through on their pledge to end Obamacare.