Learning from Angelina Jolie's genetic testing for our own health 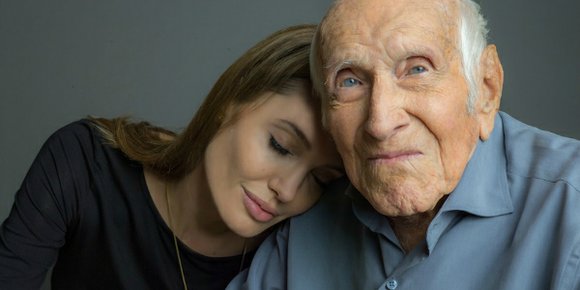 (CNN) -- You may be more like Angelina Jolie than you think.

No, you're not a movie star and you probably don't have six children and you're certainly not married to Brad Pitt, but given the pace of scientific advances, you may, like Jolie, be getting a genetic test at some point in your life.

Such testing is available for many more diseases than the two Jolie tested for: breast and ovarian cancer. There's genetic testing for a host of other cancers, such as colon, endometrial, and pancreatic, as well as for autism and some forms of heart disease, even Alzheimer's and Parkinson's diseases.

In all, there are 26,000 genetic tests available for 5,400 conditions, according to the NIH Genetic Testing Registry.

"And that list is growing fast. Like rocket ship fast," says Art Caplan, a medical ethicist at New York University.

But it's important to do genetic testing right, because it's easy to goof. You can easily get the wrong test, or miss the right one, or misinterpret the results.

Since there's a reasonably good chance genetic testing is in your future, here's what you need to know.

Dr. Otis Brawley, the chief medical officer of the American Cancer Society, tells the story of a patient with a family history of breast cancer who went to her family doctor specifically asking for testing for breast cancer, or BRCA genes.

The doctor complied, and the BRCA test was negative. The woman went on about her life. Then ten years later, she was diagnosed with cancer.

She was then sent her to a genetic counselor, who told the woman that her family doctor had goofed. In addition to BRCA testing, she should have been tested for other genes linked to breast cancer. The woman had that testing, and it turned out she had a mutation in a gene called PTEN. If she'd known ten years earlier, she might have been able to prevent her cancer.

Your family doctor simply doesn't know as much about genetic testing as a genetic counselor does. Plus, a counselor will spend an hour or even more with you on the initial consultation to get it right. Family doctors typically don't have that kind of time.

The National Society of Genetic Counselors has an online search tool to find a counselor near you. If none are convenient, you can get help online and by phone from a counselor at Informed DNA.

Don't get tested just because you're curious about your genes. That can lead you down a rabbit hole, because sometimes these tests come up with results that are inconclusive or meaningless and you'll spend the rest of your life worrying about them.

Experts recommend only getting testing when you have a family history of a certain disease. Jolie's mother, sister, and aunt had ovarian cancer, for example, so it was prudent of her test for it.