First Look At Deadpool's Suit In The Ryan Reynolds Movie 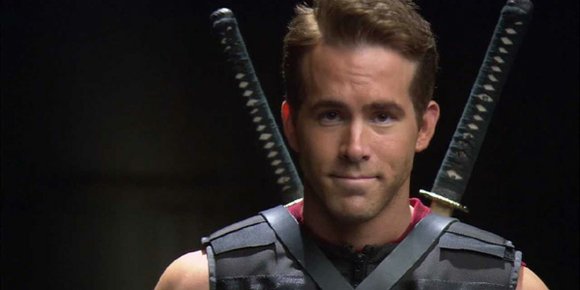 There’s nothing more frustrating than when a superhero movie drastically changes a hero or villain’s look. Thankfully, Deadpool isn’t going to alter the overall look for the "merc with a mouth," according to leading man Ryan Reynolds. 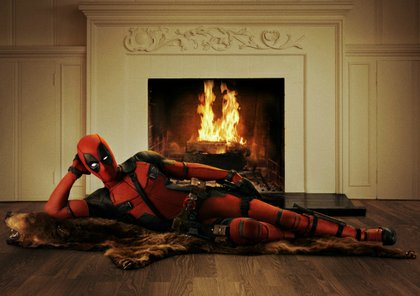 Ryan Reynolds posted this first, amusing look at Deadpool on his Twitter feed, and everything about it is a WIN. The sexy pose, on a bear-skin rug in front of a warm, romantic fire is perfect placement for the sarcastic anti-hero. And the tweak to Spider-Man’s classic motto about great power and great responsibility is a nice – if not-too-subtle – flip of the bird to Marvel’s growing cinematic universe. Though we’d be lying -- and so, too, would Reynolds – if he said he didn’t one day dream of seeing Wade Winston Wilson in a Marvel movie… possibly alongside the new Spider-Man (whomever that may be).

The new suit doesn’t make changes to reveal Reynolds’ face, which is the cheapest and laziest move that any superhero movie can make. Think about the fact that Hugh Jackman has never once worn Wolverine’s traditional mask in an X-Men movie. Or the fact that Spider-Man routinely pulls his mask off in his various movies. The ending of Sam Raimi’s Spider-Man 3 eventually devolved into a fist fight between Tobey Maguire and Topher Grace instead of Spidey and Venom. It lost significant impact as a result.

So this is MUCH better. It’s also pretty much exactly what we saw in the test footage that was "leaked" online (possibly on purpose) which eventually prompted 20th Century Fox to move forward with this Deadpool project in the first place. As the story goes, the Internet was so gung-ho about the tone of this clip, the studio believed that it would translate into box-office success.