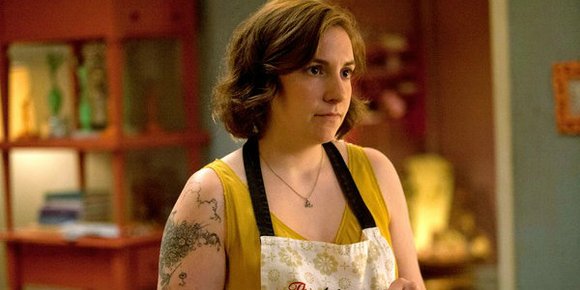 NEW YORK (CNNMoney) -- Actress Lena Dunham is no stranger to controversy, and she's in hot water again. This time it's because she compares her Jewish boyfriend to a dog in the latest issue of the New Yorker.

The Anti-Defamation League has called the article "tasteless" and "insensitive."

The playful, satirical quiz, presents 35 statements and asks the reader to decide if they refer to a dog or to her Jewish boyfriend. Dunham, the creator of HBO's hit show Girls, has said she is half-Jewish herself. She dates musician Jack Antonoff.

Some examples: He "doesn't tip," he "never brings his wallet anywhere," and "comes from a culture in which mothers focus every ounce of their attention on their offspring and don't acknowledge their own need for independence as women," Dunham writes.

"We are surprised that the New Yorker chose to print it," said the ADL's national director Abraham Foxman.

The magazine's editor David Remnick defended the decision to run the piece.

"Considering all the real hatred and tragedy in the world," he said in a statement, those "getting exercised about the so-called anti-Semitism of this comic piece...are, with respect, howling in the wrong direction," he said.

The article appears in the magazine's March 30 issue.

We learn a lot more about Antonoff beyond his religion. He apparently has a best friend named Archie and an obsession with bellhops. Also: Dunham's grandma Dottie "loves him and says he's a 'good, good boy.'"

"While we understand that humor is its own special brand of expression ... we wish that she had chosen another, less insensitive way to publicly reflect on her boyfriend's virtues and vices," Foxman said.

Dunham's spokeswoman declined to comment and so did HBO, which is owned by CNNMoney's parent company Time Warner.