What's Going To Happen To Aquaman During Batman V Superman? 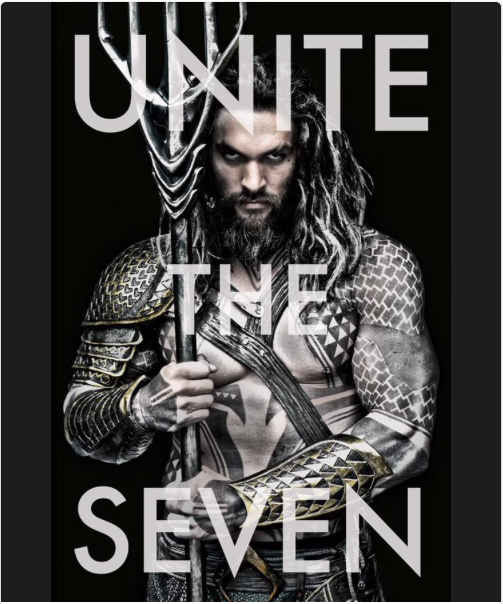 Yesterday we learned why Batman and Superman are going at it in Zack Snyder’s upcoming Batman v Superman: Dawn of Justice, which is an ungainly mouthful of a title, but they’re not the only superheroes in action. We know Jason Momoa’s Aquaman is going to get in on the fun, but beyond that, we don’t know much about what he’s up to. A new bit of news, however, sheds a little bit of light on his ultimate fate in the film.

This should go without saying, but we’re going to say it anyway, there are potentially huge SPOILERS beyond this point. You’ve been warned.

Umberto Gonzalez, who is all over the comic book movie beat, took to his Instagram account to post this scoop about the upcoming Suicide Squad movie, which follows Batman v Superman. It reads:

Sources tell me in the lower levels of the prison where #AMANDAWALLER keeps all the SUPER POWERED META HUMANS, she has inside a trophy case—#AQUAMAN's TRIDENT as seen in the recently released still with #JasonMomoa! How did she come into the trident's possession?

This doesn’t really provide any specific answers about what happens to Aquaman, but it does certainly hint that things might not go entirely well for the deep-sea hero. And it poses way more questions than it answers, the biggest of which is what the hell happens to Aquaman at the end of Batman v Superman?

From this description, it doesn’t sound like this is going to be a big piece of the foreground action. If anything, it sounds more like an Easter egg for eagle-eyed fans, or a reminder of what happened in Dawn of Justice. As far as we know, Aquaman isn’t even currently slated to appear in Suicide Squad. He could very well show up at some point, but even if he doesn’t, he could still at least inform the plot to some degree in this capacity.

For the unfamiliar out there, Amanda Waller is a villain who, though she doesn’t have any superpowers, has consistently proven to be a thorn in the side of the heroes in the DC universe. In this incarnation, Viola Davis plays the character, a government agent in charge of the Suicide Squad, a semi-covert group of supervillains working for the government in exchange for amnesty. This includes the likes of the Joker (Jared Leto), Harley Quinn (Margot Robbie), Deadshot (Will Smith), and others. At one point in the comics, Waller serves as Secretary of Metahuman Affairs under President, yes, President Lex Luthor, which could be a fun avenue to explore in the movies.

Considering Dawn of Justice doesn’t hit for another year, we’re not going to know what happens to Aquaman anytime soon, hopefully not until we sit down in the movie theater on March 25, 2016. If nothing else, this does provide an additional air of mystery and suspense, even this far out.