Will Andy Serkis Be Back For Multiple Marvel Movies? 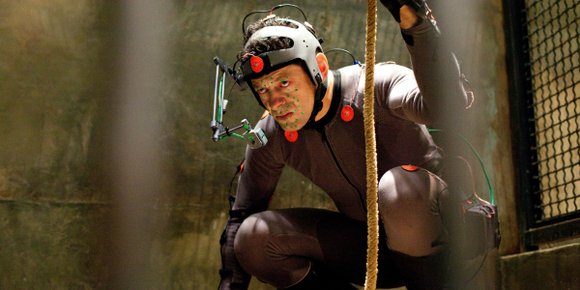 Andy Serkis has what could wind up becoming a incredibly important role in the Marvel Cinematic Universe. Though his part was kept under wraps for months, it has been confirmed that he will be playing Ulysses Klaw in The Avengers: Age of Ultron, and given character's the comic book history, that positions him to become a key villain in Marvel Studios' upcoming Black Panther film. But will that actually happen? Serkis himself recently addressed this question, and it seems that the future is very much uncertain.

Empire Magazine caught up with the Dawn of the Planet of the Apes star while the actor was attending the 2015 Jameson Empire Awards, and while on camera the actor not only admitted his long-mysterious part as Ulysses Klaw in The Avengers: Age of Ultron, but also addressed whether or not we can expect him to play a larger role in upcoming Marvel movies. Asked about the idea of reprising his villainous role, Serkis explained,

Those who are longtime readers of Marvel Comics will recognize Ulysses Klaw's importance to the character of Black Panther. After all, he is the one who winds up murdering the superhero's father, T'Chaka. The character is a physicist developing a device that would allow him to transform sound waves into physical mass, allowing him to create almost anything at will. In order to power this machine, he needs Vibranium - a material that is largely found in mines of the African nation Wakanda (Black Panther's home country), but is also well known as the metal that was forged to make Captain America's shield.

In The Avengers: Age of Ultron, it has been speculated by fans that the titular robotic villain makes his way to Wakanda in an attempt to coat his entire body in nearly-unbreakable Vibranium. This is presumably how Andy Serkis' Ulysses Klaw will be introduced to the story, though nothing has been officially confirmed yet. At this point, really all we know about him in the movie officially is that he shows up (it's worth noting that Serkis describes his part as being "really minimal.").

We're excited to find out how Andy Serkis/Ulysses Klaw fit into the future of the Marvel Cinematic Universe, though we'll probably have to wait until the release of The Avengers: Age of Ultron on May 1st to get the cold, hard facts.