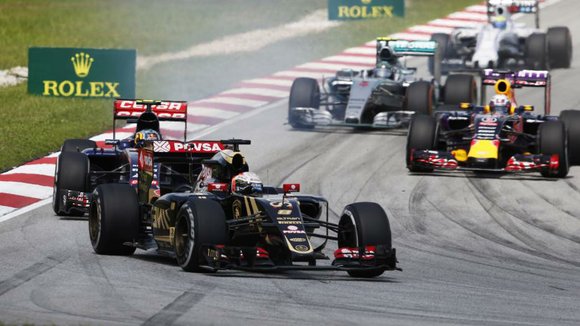 Formula One has pulled the July 19 race date from Germany after the Nurburgring and Hockenheim failed to come up with the necessary funding.

Former Mercedes Formula One chief Norbert Haug says the demise of the German Grand Prix shows that the the sport is in trouble.

"It does not send the right signals about the car industry in Germany," the former Mercedes chief told the Sudwestrundfunk broadcaster.

F1 boss Bernie Ecclestone confirmed that money was the stumbling block as he negotiated with the Nurburgring and Hockenheim about keeping the July 19 race on this year's calendar. This season will be the first year without a Formula One Grand Prix in Germany since 1960.

"Germany is a Formula One nation," Haug said, "and not just because there was a race. This is serious."

Indeed, F1 has a German four-time world champion in Sebastian Vettel as well as a leading manufacturer and engine supplier that is also the reigning title winner in Mercedes.

Haug saves some of the blame for the race's demise on the organizers, but also F1 as a whole.

"(Soccer) does it right, as the stadiums are full (in Europe)," he said. "Motorsport must come up with something to satisfy the customers."

It is believed Malaysia has renewed its Formula One race contract for just three years, rather than the customary five or more, due to concerns about the sport. Sepang boss Razlan Razali said that he thought F1's handling of the Manor Marussia team was a bad sign of where the sport is heading. Manor was allowed to start the race in Malaysia despite not even attempting to run in the season-opening race in Melbourne and coming up well short of normal minimum qualifying standards in Malaysia.

"It makes a mockery of the sport, I think," he said.

Another struggling team is Force India, whose deputy boss Bob Fernley said the sport needs a "very in-depth" look at itself to "to make sure it addresses the concerns of the fans, the teams, the TV, the media, the whole group. I don't believe that we're doing a good job at the moment at that."

For more information go to www.autoweek.com