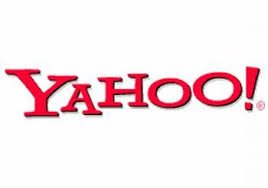 Just a few months ago, the Yahoo CEO was being applauded by shareholders for her decision to spin off the company's remaining stake in Chinese e-commerce giant Alibaba later this year.

At that time, Alibaba was riding a wave of momentum following its initial public offering last September. Alibaba's stock was trading for nearly $103 a share.

It's now $80. Alibaba hit its lowest point since its IPO on Tuesday. Alibaba will report its latest quarterly results Thursday morning.

Investors are worried about slowing sales growth and allegations that the company does not do enough to get fake goods off its Taobao and Tmall platforms.

That Chinese e-tailer also went public in the U.S. last year and is backed by Chinese mobile gaming giant Tencent as well as Saudi Prince Alwaleed Bin Talal's Kingdom Holding. Shares of JD are up more than 40% this year.

Making matters worse? Alibaba chairman Jack Ma announced a hiring freeze at the company late last month, leading to concerns that the company has grown too fast and needs to cut costs.

Alibaba is the worst performing stock in CNNMoney's Tech30 index so far this year -- down almost 25%.

And the second worst is Yahoo. The stock is down nearly 20% in 2015. That's because its fate is still linked to Alibaba's.

Yahoo's 384 million shares in Alibaba were worth $39.5 billion when Mayer announced the spin-off plan in late January. The value has since sunk to just under $31 billion.

Many investors remain unconvinced that there is a heck of a lot of value in Yahoo's core business. Yahoo's overall market value is $39 billion.

Despite several acquisitions and a lot of talk about moving more aggressively into mobile and social, Yahoo's sales growth continues to be sluggish.

Yahoo has been a turnaround story for nearly a decade now. Mayer is the sixth Yahoo CEO since Terry Semel was ousted in 2007.

But the company still trails Facebook and Google in the online display advertising race -- ads that aren't from search.

And according to the most recent estimates from research firm eMarketer, Yahoo is expected to fall to fourth place behind Twitter in display advertising market share this year.

And as Twitter's recent earnings showed, it's not exactly thriving right now either.

CNNMoney tech writer Hope King and I recently wondered on a Periscope chat about Twitter earnings if Yahoo and Twitter should merge so that combined entity could compete more effectively against Google and Facebook. But we concluded two wrongs may not make a right.

Along those lines, it seems doubtful Yahoo will buy AOL either. Not even activist hedge fund Starboard Value Partners, which first urged Mayer to consider this deal last year, is pushing for that merger anymore.

That means that the only proverbial ace left up Mayer's sleeve may be more asset sales.

Mayer said during Yahoo's latest earnings conference call last month that it was considering selling its stake in Yahoo Japan. But not even that has been able to get the stock back on the right track.

So at this point, Mayer may have to just simply pray that Alibaba gets over its slump. Since the entire world is obsessed with Star Wars right now, it might be apt for Mayer to channel Princess Leia.

"This is our most desperate hour. Help me, Jack Ma. You're my only hope."