Connect with more than 200 cultural icons at pbs.org/americanmasters 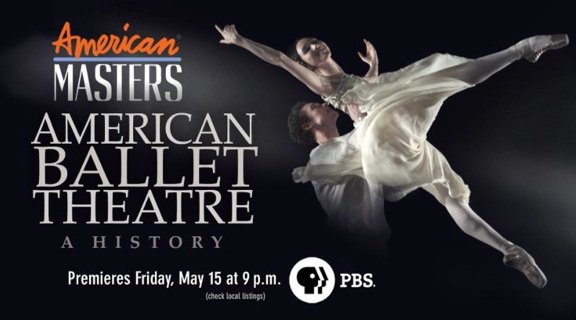 THIRTEEN's American Masters series teams up with Emmy- and Peabody Award-winning filmmaker Ric Burns to co-produce a new documentary about American Ballet Theatre (ABT) in honor of its 75th anniversary.

Julie Kent, principal dancer of American Ballet Theatre, joined the company in 1985 and will retire in 2015 after the company’s spring season at the Metropolitan Opera House in New York. In this film excerpt, Kent recalls a note she was given by the great ballerina Natalia (Natasha) Makarova before her debut in Bayadère, which Makarova herself had re-staged after Marius Petipa. Makarova wrote to Kent, “Someone once said beauty can save the world. What a great responsibility you have on your shoulders.” “That has resonated with me for all these years,” says Kent. “It’s not politicians, or scientists, or technology, but beauty and humanity —which is so clear in dance—is the closest that we can get to that salvation, I think.” American Masters – American Ballet Theatre: A History premieres nationwide Friday, May 15, 2015, at 9 p.m. on PBS (check local listings).

"The story of American Ballet Theatre, and the breathtaking rise of dance in the U.S. over the last three-quarters of a century, is one of the most inspiring stories in the cultural world," says Burns. "Ballet is the most poignantly ephemeral and expressive of all the arts, both earthbound and transcendent. And ABT, indisputably one of the greatest dance companies in the world, has torn down an incredible number of barriers, welcoming choreographers of every kind and dancers from around the world."

"As we approach our 75th year, it is a tremendous honor to have Ric Burns and American Masters illuminate ABT's history in such a rich and meaningful way," said Rachel Moore, CEO of American Ballet Theatre. "I am certain the expertise and care Ric and his team have devoted to this film will offer a fresh perspective on our art form and serve as a fitting testament to this cultural institution."

American Masters -- American Ballet Theatre: A History chronicles the rise of the company from its earliest days as a small, financially struggling collective, to its pinnacle as one of the most respected and revered dance companies in the world. Beginning film production in 2006, Burns was given unprecedented access to the company and shot hundreds of hours of original footage, including dramatic live performances in Paris and Havana, grueling rehearsals at ABT's flagship studio in New York City and slow-motion captures at Kaatsbaan International Dance Center in Tivoli, N.Y.

The footage from Kaatsbaan features iconic dances by nine ABT dancers, including Copeland, Murphy, Seo, Gomes, Isabella Boylston, Herman Cornejo, Daniil Simkin, Joseph Gorak and Cory Stearns, chosen by McKenzie for their diversity and breadth of talent to illustrate the ABT dancers' formidable technicality, intricate artistry and nuanced emotion. Shot by Emmy-winning cinematographer Buddy Squires and a 30-person crew using Phantom Flex cameras - which capture up to 2,500 frames per second and brings to life even the smallest of movements - the footage brings a new dimension to the understanding of the extraordinary efforts made in the perfection of form: from the delicate placement of a fingertip to the perfectly executed jeté.