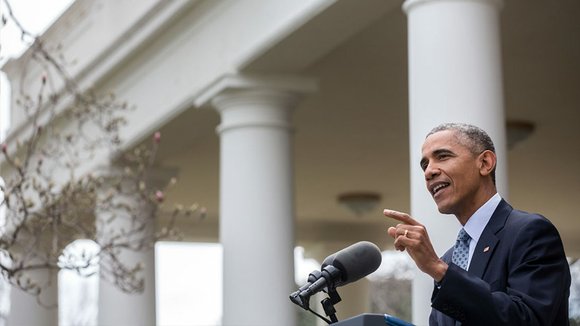 WASHINGTON (CNN) -- One of President Barack Obama's favorite sales pitches for his proposed trade deal with Pacific Rim nations -- known as the Trans-Pacific Partnership or TPP -- is that it will be a boon to the U.S. auto industry. If the TPP is passed, Obama argues, more Ford Mustangs and Chevy pick-ups will be cruising the streets of Japan.

But critics say if you check under the hood, the claim doesn't add up.

"If you drive around Washington, there are a whole bunch of Japanese cars. You go to Tokyo and count how many Chryslers and GM and Ford cars there are. So the current situation is not working for us," Obama said at a news conference on April 17th. "And I don't know why it is that folks would be opposed to us opening up the Japanese market more for U.S. autos."

"TPP will help level the playing field. It will be good for the workers of both our countries," he said.

Experts in the auto industry have long said trade barriers are hardly the sole impediment to U.S. car sales in Japan where consumers would rather buy smaller, more fuel-efficient vehicles.

The Obama administration is careful not to accuse Japan of imposing tariffs on U.S. cars shipped to Japan. That's because there aren't any. In fact, the U.S. imposes tariffs on Japanese autos. Reducing those U.S. tariffs is one of the enticements offered in the TPP as a way of attracting Japan's support.

The President's trade representatives insist the TPP will address other obstacles, so-called "non-tariff barriers," such as arbitrary standards imposed on U.S. cars that keep them out of the Japanese market.

Still, all three car companies cited by the President -- GM, Ford, and Chrysler -- have deep misgivings about the trade deal. The trade group representing the big three U.S. automakers argues the TPP fails to address Japan's potential to use currency manipulation to drive up the costs of American cars.

"Several countries in the TPP negotiations have a history of using currency manipulation to gain an unfair trade advantage over their trade partners, which would undermine the expected benefits of a TPP agreement to the United States," the American Automotive Policy Council says on its website.

Prominent TPP critics in the President's own party would also like to see those barriers come down. But they are not buying the White House sales pitch.

"You trust but verify," said Sen. Sherrod Brown, D-Ohio, about Obama's TPP claims. Brown said past trade deals promising jobs to his state have failed to deliver time and again.

Brown and Sen. Debbie Stabenow, D-Michigan, warned in a recent letter to U.S. Trade Representative Mike Froman the TPP could actually damage the U.S. auto industry, which has made huge gains since the financial crisis.