Behind The Scenes Secrets Of ‘The Fresh Prince Of Bel-Air’ 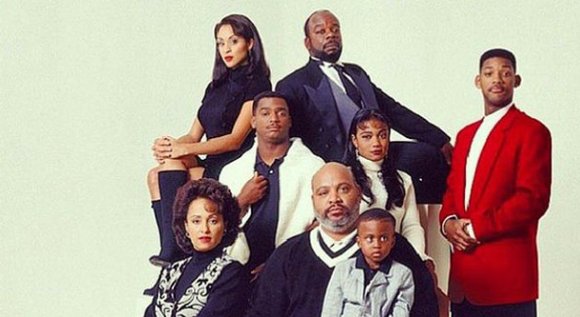 The Fresh Prince of Bel Air

The Fresh Prince of Bel Air is known for a lot of things — cementing its way into 90s culture, pop culture and classic family sitcoms.

The Fresh Prince included crazy 90s fashion trends and fads, the Carlton (Alfonso Ribeiro‘s character’s signature move) and arguably the best opening TV theme song EVER by Will Smith! Talk about a theme song that should’ve been a Billboard hit.

But there is plenty of “The Fresh Prince” behind-the-scenes trivia and secrets its biggest fans don’t even know.

But with the help of Huffington Post, we gotcha covered.

First, the cast kept a diary on the set. In an interview with ABC News, Karyn Parsons, who played spoiled air-headHilary Banks, let slip that the cast kept a secret journal hidden on set.

“In the kitchen, there was a drawer in the island that had a little diary,” Parsons said. “Every now and then a camera person or the actors, somebody would just write silly poetry or ‘James is getting on my nerves.’ We would make little notes.”

Parsons kept the notebook and remembers her on-screen father, Uncle Phil played by James Avery, who died earlier this year.

Second, the Carlton dance is in thanks to Eddie Murphy and Courtney Cox.

Eddie Murphy’s “white man dance” from his “Delirious” comedy video as a model is also to thanks.

Third, Smith would learn the whole script in order to not forget his own lines.

“I was trying so hard,” Smith said of his early days on TV. “I would memorize the entire script, then I’d be lipping everybody’s lines while they were talking. When I watch those episodes, it’s disgusting. My performances were horrible.”

Fourth, as everyone knows, Janet Hubert left the sitcom and was replaced by Daphne Reid.

There’s still some mystery as to what exactly happened. Some think she violated a clause in her contract and became pregnant. But Hubert claimed she was fired by Smith because the two didn’t get along on set.

“There will never be a reunion,” Hubert told TMZ. “I will never do anything with an asshole like Will Smith. He is still an egomaniac and has not grown up.”

Fifth, NBC canceled the show after its fourth season! But fans were so outraged, they sent letters to NBC and Smith. The network had no choice but to renew.