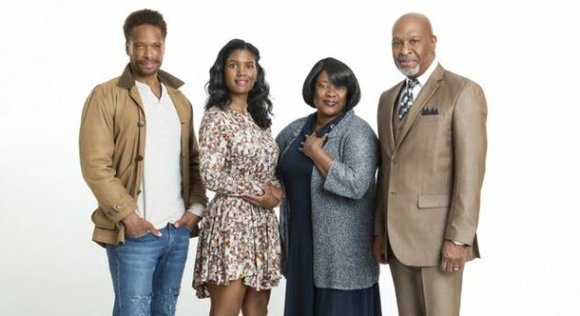 ‘For The Love Of Ruth’ staring Denise Boutte

You may not have known her name, actress Denise Boutte is a familiar pretty face whose been in several TV shows and movies including Why Did I Get Married and Meet The Browns. But this time she has a leading role in the TV One faith-based movie For the Love of Ruth co-starring Loretta Devine, James Pickens and Gary Dourdan airing on Saturday, May 9 at 8 p.m. It is based on the Biblical story of Ruth, as part of TV One’s contemporary adaptations of faith-based content.

Boutte is a Louisiana native who has been working for years.

“It was an amazing experience,” Boutte says of working on the film. “I call Gary Dourdan Mr. Smolder, because of those eyes. It’s something that everyone can relate. Sometimes with Biblical stories people think you’re going to throw Bible verse after Bible verse at them, and they can’t relate to it. It’s just a human version of compassion, of love, of committment. It’s beautiful.”

Boutte says she grew up Catholic so she wasn’t as well versed in the story herself. In the Biblical story of Ruth, Boaz and Naomi, Ruth, an orphan, finds what she believes is her true love, loses him tragically and then finds her faith and new love.

“Everything happens for her when she finds her faith,” says Boutte. “It’s a very different character for me. It’s not Trina from ‘Why Did I Get Married.’ This is a very, down to earth, dramatic kind of role and I’m so excited for you to see it.”