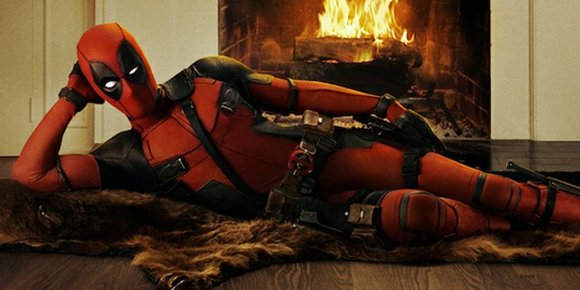 Unlike most superhero movie productions, Deadpool hasn't been shy at all about giving fans a peek into the movie's antics. Hence, we now have this incredibly awesome shot of the titular Merc With A Mouth leaping over a car and dual-wielding pistols. 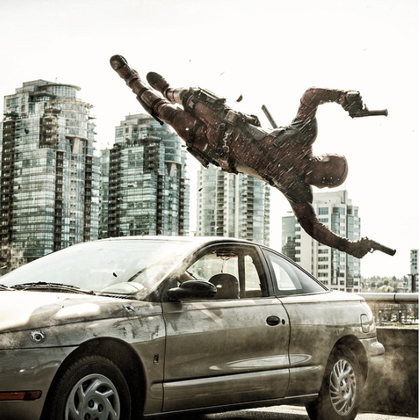 This pretty picture marks the first time that Ryan Reynolds has used Instagram, but he's made one hell of an entrance here. Considering the bullet holes and smoke noticeable on the car, it's pretty clear that this shot was taken during a moment of extreme action in the movie (presumably the highway sequence we saw being filmed a few weeks ago), and it's a nice little peek into what we can expect from the Tim Miller-directed 2016 blockbuster.

Weird as it may sound, however, it's actually the implication of Ryan Reynolds' caption for the image that gets me truly amped up for Deadpool. It's true that the character is a brilliant fighter, and it's certain that the film will show off his rad moves, but Deadpool also has something that most action heroes don't: an extremely powerful healing factor. Because of this, he has zero issue charging head first into a hail of gunfire and sacrificing his body to reach his target.

Basically: if it means that he can fire off a couple more rounds, then yes, DP absolutely would stop this epic dive with his jaw instead of his hands. This kind of material should make Deadpool's action sequence different than anything we've ever seen before, and the fact that it's working with an R-rating should make the whole thing very, very violent.

Based on a script by Rhett Reese and Paul Wernick, Deadpool reveals the story of how a mercenary named Wade Wilson (Ryan Reynolds) found himself struck with cancer and transformed into a psychotic, rapidly-healing killing machine at the hands of a mad scientist and his deadly left-hand agent Ajax (Ed Skrien). The movie has lined up an interesting and talented supporting cast that includes T.J. Miller as Deadpool's sidekick Weasel, Morena Baccarin as the beautiful shape-shifter Vanessa Carlysle/Copycat, Gina Carano as the adrenaline-controlling mutant Angel Dust, and Brianna Hildebrand as the young, goth telekinetic Negasonic Teenage Warhead.

Deadpool is currently in production up in Vancouver, Canada, and is scheduled to be released by 20th Century Fox in theaters on February 12, 2016. In the meantime, stay tuned for more updates from Ryan Reynolds, as they keep popping up on the regular!