Rory McIlroy: Feeling 'like the best player in the world' 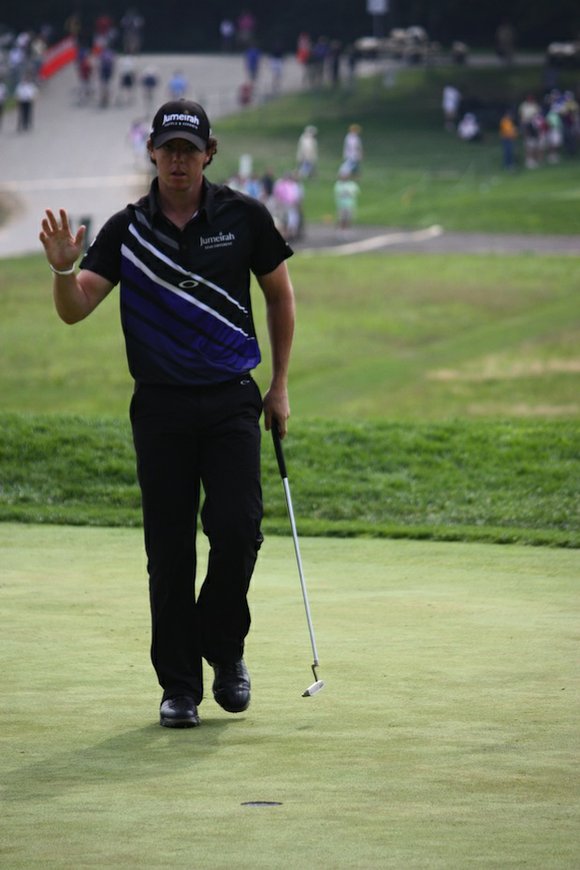 (CNN) -- World No. 1 golfer Rory McIlroy is in the groove and then some as he lived up to his ranking on his record-breaking return to the scene of his breakthrough PGA triumph.

Back at the Wells Fargo Championship -- where he claimed his maiden PGA Tour title in 2010 -- McIlroy finished up on the Quail Hollow course Sunday with another win to his name.

"I feel like as the best player in the world, I want to go at it every week and, not so much prove it, but just show that," McIlroy told the PGA Tour's official website.

The 26-year-old's victory came in scintillating fashion. After recording a lowest ever career round of 61 Saturday to take a four-stroke lead, he hit a final-round 69 to win by seven, breaking Anthony Kim's tournament scoring record by five shots in the process with a 72-hole total of 267.

The victory in Charlotte, North Carolina came in McIlroy's third consecutive tournament this month, having also won his first ever WGC Match Play title and finished joint-eighth at the Players Championship in May.

The World No. 1, who landed a fifth top-10 finish in six starts, will this week defend his BMW PGA Championship title, before hosting the Irish Open the following week.

Not that McIlroy wasn't tested at times before securing his 11th PGA Tour title.

In the closing stages Patrick Rodgers -- who eventually finished joint-second with Webb Simpson -- pulled to within just three shots of the leader Sunday.

Rodgers shot a birdie at the 15th hole, only for McIlroy to birdie the 14th just moments later before extending his lead with another impressive birdie at the 16th.

"I've learned how to handle these positions and I'm finishing the job off the way I should, which is very pleasing," said McIlroy, who has moved up to third in the FedEx Cup after standing outside the top 100 in April.

"The way I played [Saturday] really set me up to go out there [on Sunday]. I was in control of the golf tournament and I just needed to shoot a solid round and that was going to get me over the line."