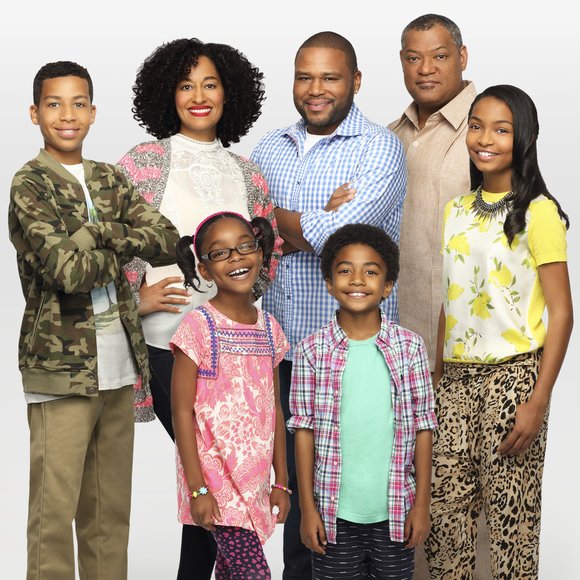 The cast of Black-ish

SILVER SPRING, MD – MAY 18, 2015 – As the first season of ABC’s critically acclaimed comedy, ‘black-ish, comes to a close, TV One’s News One Now is encoring its one-hour behind-the-scenes primetime profile, ‘black-ish A Backstage Pass, this Wednesday, May 20 at 8 P.M. ET. As the first weekday news program in history to focus on politics and pop culture from an explicitly Black perspective, News One Now host and managing editor Roland S. Martin’s visit to the sitcom’s set earlier this year resulted in interviews with the entire cast. During the NAACP Image Awards week, Martin sat down with Anthony Anderson, Tracee Ellis Ross and Laurence Fishburne to discuss what makes the show so special to millions of viewers each week. He also talks with young stars Yara Shahidi, Marcus Scribner, Miles Brown and Marsai Martin about how their roles differ, how they relate to their characters, and what kicked off their acting careers.

ABOUT NEWS ONE NOW:

Emanating from the heart of Washington D.C. in a state-of-the-art studio that offers a stunning view of the Capitol building, News One Now airs Monday through Friday on TV One from 9-10 a.m. ET. News One Now is hosted by Roland S. Martin, the 2013 National Association of Black Journalists’ Journalist of the Year and former host of TV One’s long-running, award-winning weekly news program, Washington Watch with Roland Martin. Each morning, Martin – who also serves as the program’s managing editor – sifts through the headlines of the day to spotlight matters that greatly impact the African American community. Beyond radio and television, News One Now reaches audiences 24/7 with exclusive program content and extended editorial on NewsOne.com and the NewsOne mobile app. News One Now is an evolution of Interactive One’s award-winning digital brand NewsOne.com that launched in 2008 and reaches millions of African Americans each month.

Launched in January 2004, TV One (www.tvone.tv) serves 57 million households, offering a broad range of real-life and entertainment-focused original programming, classic series, movies and music designed to entertain and inform a diverse audience of adult Black viewers. The network is the exclusive home of News One Now, the only live daily news program targeting Black viewers. In December 2008, the company launched TV One High Def, which now serves 14 million households. TV One is solely owned by Radio One [NASDAQ: ROIA and ROIAK, www.radio-one.com], the largest radio company that primarily targets Black and urban listeners.

Connect with TV One: