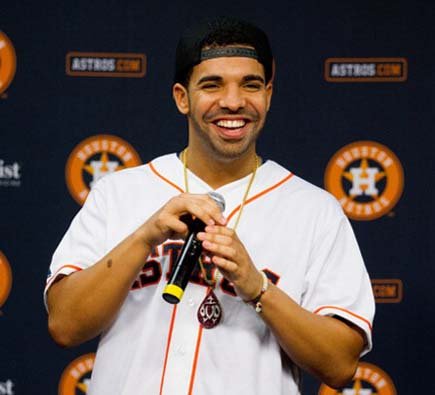 HOUSTON, TX - Grammy Award-winning and platinum-selling recording artist Drake along with local Houston entertainment lifestyle company, Aristocrat Life, announced the event lineup for the second annual Houston Appreciation Weekend (HAW), May 22-24. The weekend’s events include a tribute to living legend Bun B, Celebrity Softball Game with the Houston Astros, Night Events at The Engine Room and Venue, Pool Party, Rapper Future in Concert and the finale Drake’s Jungle Tour at the Toyota Center.

Drake has deep roots in Houston, a city that was essential to launching his music career and where he began building his empire with the encouragement of long-time Astros supporter and community activist, Bun B, and friend Jas Prince of Rap-a-lot Records. Drake has been unwavering in his support of Houston-based organizations, sports teams and initiatives. Most of all, Drake’s appreciation for his fans are incomparable.

“Our company is excited to bring this event back to Houston. We are even more excited to have built a lasting relationship with Drake and his team. Aristocrat Life prides itself on creating the best entertainment events in Houston,” said company co-founder JR Martins. “Our team has been heavily involved in the community for over a decade; we support the local Houston Food Bank and participate in “Real Men Read” at Lockhart Elementary.”

HAW events are open to the public and require tickets. To purchase, visit aristocratlife.com

Aristocrat Life is a Houston based entertainment lifestyle company specializing in celebrity and entertainment events. The founders along with Drake, partnered to create Houston Appreciation Weekend in June 2014. Founders are also the owners of Prospect Park Sports Bar Galleria/Willowbrook and The Engine Room Night Club.