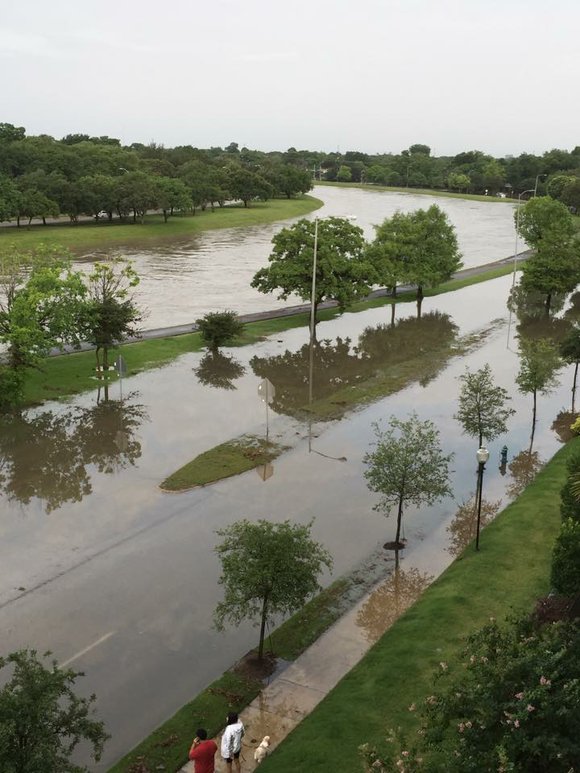 Houston, TX is a city under water

By Holly Yan and Tina Burnside

Her storied high school career was nearing an end with one final rite of passage: her senior prom. But as Ramirez, 18, was driving home from the prom over the weekend, her car was swept away by floodwater in southern Texas, ending her short but illustrious life.

"She did the right things," her aunt Roberta Ramirez told CNN affiliate WOAI. "She called 911. She called her father, but it was just too much and too quick."

Ramirez is one of six people who died in Texas and Oklahoma in the past four days as epic rainfall and flooding wracked both states.

And there's more dangerous weather on the way.

Houston, Louisiana under the gun

Now, the densely populated Houston area is getting pummeled.

About 5 to 8 inches of rain have fallen in less than a day, Houston emergency management coordinator Rick Flanagan said Tuesday morning. More than 80,000 electricity customers in the area were without power Tuesday morning, and the Houston school district closed schools for Tuesday.

The flooding has turned roads into lakes, but poor visibility has caused some drivers to travel though floodwater anyway, Flanagan said.

In just two hours, the Houston Fire Department received 150 requests for people needing help, he said. And with many of the bayous about to crest, any additional rainfall could flood more streets and homes.

The National Weather Service said the Houston-area counties of Harris and Fort Bend are getting thrashed with more rain Tuesday.

"This continues to be an extremely dangerous and life-threatening situation," the National Weather Service said. "Do not attempt to travel unless you are fleeing an area subject to flooding or under an evacuation order."

CNN meteorologist Pedram Javaheri said Louisiana is up next.

Over the next few days, the storm will move east and dump 4 to 6 inches of rain over central and southern Louisiana.

"This is a long-duration event," he said.

Laura McComb and her two children disappeared after raging floodwater swept away their vacation cabin, CNN affiliate KXAN said. McComb was on the phone with her sister when the cabin was uprooted.

"We are floating in a house that is now floating down the river," McComb said, according to her sister. "Call Mom and Dad. I love you, and pray."

Up to 400 homes have washed away in Hays County, not far from the Texas capital of Austin.

"We do have whole streets that have maybe one or two houses left on them," emergency management coordinator Kharley Smith said. "The rest are just slabs."