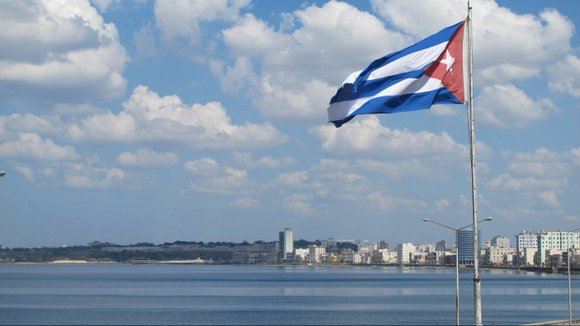 We see family and friends left behind on the island who've spent decades fighting and scraping for the most meager of lives. "No es facil," said President Obama, the Spanish phrase often used to describe life in Cuba. It translates to life "is not easy." And that's putting it mildly.

WASHINGTON (CNN) -- The United States officially removed Cuba from its list of countries that sponsor terrorism on Friday, setting the two nations up for a full renewal of diplomatic ties.

President Barack Obama originally announced in April that he was recommending that Cuba be removed from the terror blacklist after a State Department review. Friday marked the expiration of a 45-day period when Congress could have blocked the move.

"The rescission of Cuba's designation as a State Sponsor of Terrorism reflects our assessment that Cuba meets the statutory criteria," the State Department said in a statement Friday.

The statement noted that the U.S. "has significant concerns and disagreements with a wide range of Cuba's policies and actions" but said these fall outside the criteria related to rescinding a state sponsor of terror designation.

Cuba was originally placed on the terror list in 1982 when the U.S. government accused the Fidel Castro regime of sponsoring communist groups in Latin American and Africa. But independent analysts have for years cast doubt on the country's current terror ties, and the State Department said its association with certain groups had "become more distant."

Three other countries are currently named as state sponsors of terror: Iran, Sudan and Syria.

The terror listing was one of the final barriers to restoring diplomatic relations between the United States and Cuba. Obama announced in December that he was ending a nearly half-century of frozen relations, stating that the freeze wasn't benefiting either nation.

The administration has already lifted some of the restrictions on travel and trade with Cuba, including permitting some ferries to run services from Florida to the island. American visitors are still required to obtain a license from the federal government before traveling to Cuba, though the Treasury has made it easier to obtain permission to go.

The removal of the terror designation will also ease some trade restrictions, though in order for full economic ties to be restored, Congress will need to lift the embargo on Cuba that's been in place since 1960.

Some lawmakers -- including Republican and Democratic Cuban-Americans, staunchly oppose any normalization in relations with Cuba, accusing Obama of sidling up to a brutal dictatorship.

In January Obama met with Cuban leader Raul Castro at the Summit of the Americans in Panama, the first time the leaders of the two countries had met for substantial talks since before the Cuban revolution. Visiting Miami on Thursday, Obama made a stop at the Shrine of Our Lady of Charity, a religious site honoring the patron saint of Cuba, to pay respects the large Cuban diaspora in the United States.

Officials have been negotiating the reopening of embassies in Washington and Havana, though some sticking points -- like how freely American diplomats will be able to move around Cuba -- remain.

The U.S. is eying the current head of the U.S. Interests Section in Cuba, Jeffrey DeLaurentis, as the first U.S. ambassador to Cuba in more than 50 years. Plans are being formulated to remodel the current building on Havana's waterfront that houses the interests section to use it as the embassy.