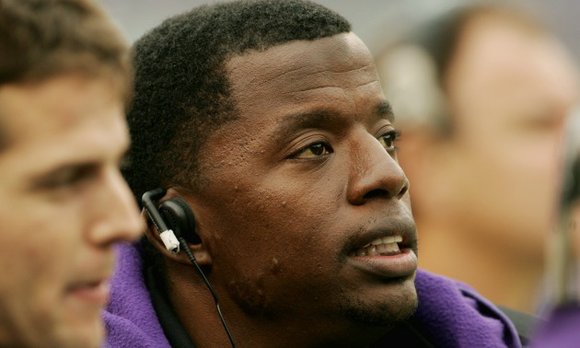 Kordell Stewart says he’s anything but a gay man.

So much so that the former “Real Housewives of Atlanta” star is bring legal action on Andrew Caldwell with suing him over claims Stewart made about having a relationship with Stewart. Caldwell is known for his viral videos as well as “”renouncing” his homosexuality in front of his church congregation, saying “I’m not gay no more.”

Earlier this month, Caldwell appeared on a radio show and confessed that he slept with Stewart. For his part, the former NFL quarterback countered Caldwell’s claims, saying that they are false and he has never been gay.

“At all times during [Kordell’s] life, Mr. Stewart has been, and is, a heterosexual male,” the court documents read.

As a result of Caldwell’s claims, Stewart is claiming emotional distress, loss of earnings and impairment to his reputation in his lawsuit. Caldwell’s claims against Stewart come amid rumors that have trailed the reality TV show veteran for years about him being gay since he suddenly filed for divorce from his wife and fellow “RHOA” star Porsha Williams in 2013.

As far as Caldwell is concerned, he’s now admitting he made the whole thing up — but says he isn’t worried about Stewart’s lawsuit. At least that what he says.

“It’s true, I never dated Kordell. But I’m not worried about the lawsuit. If Kordell wants money, he has money. I don’t owe him a dime,” he told TMZ Sports.

However, Caldwell does admit that he hurt Stewart’s reputation.”[What I said] did damage Kordell. He has a son. For his son to think, ‘Is my dad gay?’ That is damaging.”

But then Caldwell flips the script and thing go left again. He says since Kordell trashed HIM while denying the gay rumors, he’s considering filing a lawsuit of his own.

“I may go after Kordell. Yes, I hurt his name, but he also hurt mine.”

This dude is a piece of work.