Could Soda Break your Heart? 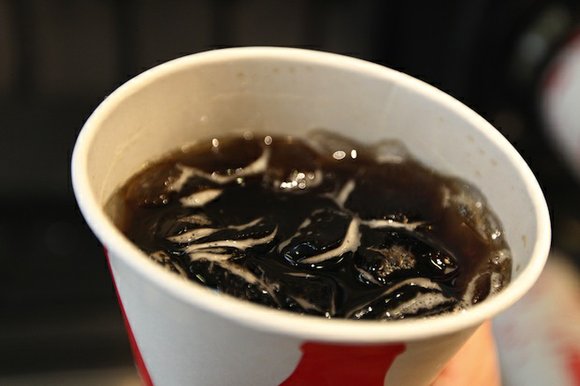 (CNN) -- Guys, listen up: There's another reason to limit your intake of sugary or artificially sweetened sodas: It might contribute to heart failure. Researchers followed the food habits of 42,000 Swedish men over 12 years and found that men who drank at least two sweetened beverages a day had a 23% higher risk of going into heart failure. The study was published Monday in the British Medical Journal.

"The takeaway message is that people who regularly consume sweetened beverages should consider limiting their consumption to reduce their risk of heart failure," said co-author Dr. Susanna Larsson of the Stockholm Karolinska Institutet.

When your heart isn't strong enough to pump adequate blood and oxygen to support your body, you suffer heart failure. Nearly 6 million people live with heart failure in the United States. As the population ages, and more people survive heart attacks or live longer with high blood pressure, the numbers of people living with a failing heart are rising in the United States and around the globe.

"It's a very miserable life," said Dr. Roberto Bolli, chief of cardiovascular medicine at the University of Louisville School of Medicine. "Patients with heart failure are severely limited in their ability to perform daily tasks, they get short of breath for even small efforts like walking one block, or sometimes even walking inside their house."

Heart failure is so serious that, according to the Heart Failure Society of America, "less than 50% of patients are living five years after their initial diagnosis and less than 25% are alive at 10 years."

In this population-based study, men were asked, "How many soft drinks or sweetened drinks do you drink per day or per week?" Larsson said the researchers' definition of sweetened drinks "only included soft drinks/soda and these can either be sweetened with sugar or with artificial sweetener." Tea, coffee and fruit juice were excluded from the study.

The findings are likely applicable in the United States, but more studies are needed, Larsson said. Because the study focused on Swedish men between the ages of 45 and 79, the results do not necessarily apply to younger age groups, women or certain ethnic groups.

Prior research has shown a connection between heart disease and stroke and the consumption of sweetened beverages, but no study had looked at heart failure, for which men and the elderly are most at risk.

The risk for heart failure is mostly associated with coronary artery disease, uncontrolled high blood pressure, or a prior heart attack that damaged heart tissue. But heart defects present at birth, such as abnormal heart valves, can make the disease occur at any age. Sleep apnea, diabetes and obesity also play a role and make the condition worse.