Why Are McDonald's Fries So Addicting? 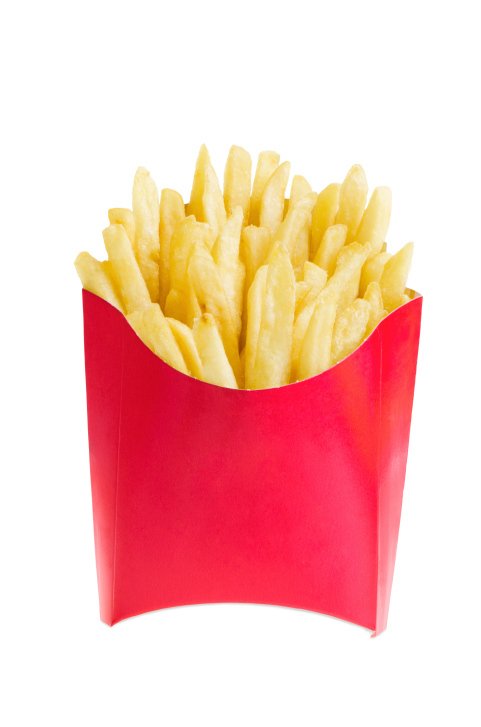 You smell them in the bad in the car. You can’t drive all the way to your destination without eating a little bit, right?

After being harvested and cut, the fries are then blanched, dried, fried for 45 seconds and then frozen for shipping to your local fast food restaurant. But’s what’s really in this delicious treat that makes them so addictive? You can’t just eat one can you?

Well, it starts with the brain. There is a system in our brain called the reward system.

This system was designed to “reward” us when we do things that encourage our survival. This includes primal behaviors like eating.

The brain knows that when we eat, we’re doing something “right,” and releases a bunch of feel-good chemicals in the reward system, such as the neurotransmitter dopamine – interpreted by our brains as pleasure.

The brain is hardwired to seek out behaviors that release dopamine in the reward system.

The thing about food like McDonald’s french fries is that they can cause a reward that is way more powerful than anything we were ever exposed to in nature.

Whereas eating an apple or a piece of steak might cause a moderate release of dopamine, eating a large fry is so incredibly rewarding that it releases a massive amount.

When people repeatedly do something that releases dopamine in the reward system, the dopamine receptors can start to down-regulate.

When the brain sees that the amount of dopamine is too high, it starts removing the dopamine receptors in order to keep things “balanced.”

If you have fewer dopamine receptors, then you will have very little dopamine activity and you will start to feel unhappy if you don’t get your food “fix.”

Multiple studies in rats show that they can become physically addicted to junk food in the same way as they become addicted to drugs of abuse.

Take a look at the specific ingredients in McDonald’s french fries that cause that oh-so-good dopamine reaction:

VEGETABLE OIL (BLEND): To make the famous french fries, you have to deep-fry some potatoes, an otherwise healthy carbohydrate, in something fatty and greasy. McDonald’s spuds get dunked in an oil bath twice. According to Ochner, the manufacturers cut and boil them and possibly fry them once before freezing them and shipping them to restaurants, where they are fried again. Here’s what goes into that piping hot potato bath:

a) Canola oil: This commonly used cooking oil is generally considered “good for you” when compared to others in its category, but it’s still loaded with calories and therefore will make you gain weight if you consume too much of it. It’s hard to tell how much of this particular oil is used versus the less healthy, and even fattier options.

b) Hydrogenated soybean oil: When regular soybean oil goes through a hydrogenation process, its unsaturated fats become saturated fat, which in turn makes it easier to cook with and helps boost preservation. The downside is the new fat also becomes a trans fat, which has been strongly linked to heart disease.The FDA’s definition of “zero trans fat per serving” means less than 1 gram per tablespoon, and that McDonald’s found its loophole and still continues to serve a relatively low amount of trans fat in its fries.

c) Natural beef flavor: Some 50 years ago, McDonald’s cooked its fries in beef fat. When itswitched over to a vegetable oil blend, it didn’t want the fries to lose their famous flavor, so they opted to add natural beef flavor to the blend. Hydrolyzed wheat and hydrolyzed milk are used as starting ingredients of the flavoring. Shockingly enough, these fries are not vegetarian. In 2002, McDonald’s paid $10 million to members of a vegetarian Hindu community who had sued the chain for failing to disclose how the food was prepared.

d) Citric acid: This common preservative is considered safe to ingest, but it’s also one-third of the ingredient that makes the fries last for months without breaking down at all, continuing to look like you bought them yesterday.

e) TBHQ (tertiary butylhydroquinone): This super potent preservative, found in lots of foods, is what may be helping citric acid keep food from decay. Though it’s also said to be safe, animal studies have linked it to stomach ulcers and damage to DNA.

DEXTROSE: Another word for sugar, this is third ingredient, following potatoes and oil, in McDonald’s fries. It makes it taste better and it also increases addiction and cravings. New research shows that the body may convert the sugar found in foods into body fat more easily than it can convert fat found in foods into body fat. So sugar may be worse for you than fat.

SODIUM ACID PYROPHOSPHATE: This preservative is the reason McDonald’s fries will retain a fresh-looking golden brown color rather than turn black when placed in a jar for two months. Yuck. This same ingredient is often found in commercially prepared cake, pudding, waffle, pancake and muffin mixes, and it is also added to refrigerated dough products, flavored milk, cured meats, potato products and canned fish.

DIMETHYLPOLYSILOXANE: What’s an anti-foaming agent doing in your fries? Bizarrely enough, this silicone serves a purpose: McDonald’s manufacturers likely add some to the water when boiling the potatoes before frying and freezing them for shipment. This more than likely helps speed up the process and cuts back on cleanup afterward.