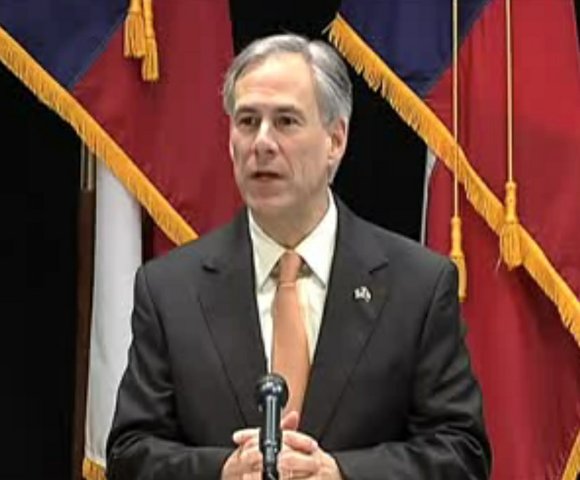 AUSTIN – Governor Greg Abbott has appointed Rusty Boles, Cynthia Flores, Rick Huber, John Henry Luton, Ford Taylor and reappointed Bill Rankin and Jeff Tallas to the Brazos River Authority Board of Directors for terms set to expire on February 1, 2021. Governor Abbott additionally appointed Jarrod Smith for a term set to expire on February 1, 2017. The Board formulates plans deemed essential to the operation of the District and its administration in the control, storing, preservation and distribution of the storm and flood waters of the Brazos River and its tributary streams. In addition, the authority may discover, develop, and produce groundwater in the Brazos River basin for the use of its customers.

Russel “Rusty” Boles of Round Rock is the broker for Summit Commercial, a commercial real estate company that serves both private individuals and public entities. He is a member of the State Bar of Texas and The Texas Real Estate Commission. Additionally, he is on the board of directors on the Round Rock YMCA and the Capital Area Council of Governments. Boles received a Bachelor of Business Administration from Texas State University and a Juris Doctor from St. Mary’s School of Law.

Cynthia Flores of Round Rock is a case manager for the Round Rock Area Serving Center. She is an ambassador and Leadership Round Rock Community Day, co-chair for the Round Rock Chamber of Commerce, board member and governance committee chair for the Williamson Burnet County Opportunities, Inc., and board member for Footprints Children’s Grief Ministry. In addition, she is a member of the Williamson County Nonprofit Networking Group, Catholic Business Networking Group, and Round Rock Ministerial Fellowship. Flores received a Bachelor of Science from University of North Texas.

Charles Richard “Rick” Huber III of Granbury is a retired American Airlines Captain. He received an honorable discharge from the United States Air Force. Huber is a member of the Fort Worth Air Power Council and the Grey Eagles. Additionally, he serves as chairman of the Hood County Appraisal Review Board, and is a member of the Granbury Regional Airport Advisory Board, Leadership Granbury Board of Directors, Lakeside Baptist Academy Board of Directors, vice-president of Mesa Grande Water Supply Corporation, and director of finance for Lakeside Baptist Church. He was named Leadership Granbury Board Member of the Year for 2014-2015. Huber received a Bachelor of Science from Mississippi State University.

John Henry Luton of Granbury is chairman of the Board of First National Bank of Granbury. Luton received an honorable discharge from the United States Air Force. He is member of Texas and Southwestern Cattle Raisers Association. He has served on the boards of the Brazos Valley Soil and Water Conservation District and the Upper Trinity Groundwater Conservation District. Additionally, he is a member of the Texas Aggie Band Association, Former Students Association the Texas A&M Corps of Cadets Association, and the Champions Council of the 12th Man Foundation. Luton received a Bachelor of Science from Texas A&M University.

W. J. “Bill” Rankin of Brenham is retired after serving as CFO of Blue Bell Creameries for over 30 years. Prior to Blue Bell, he served 6 years as a United States Air Force pilot and was honorably discharged. He is a member and past president of the Brenham Noon Lions Club and the Washington County A&M Club. Previously, he served as a board member and president of the Boys and Girls Club of Washington County, Lutheran Social Services of the South, and Brenham ISD. He is a member of Abiding Word Lutheran Church, where he served on the council and as president, and he is a member of the Gideons. Rankin received a Bachelor of Business Administration from Texas A&M University and a Master of Business Administration from Sul Ross State University, and he is a Texas Certified Public Accountant.

Jarrod Smith of Danbury is the owner of Law Office of Jarrod D. Smith. He is a member of the State Bar of Texas, Brazoria County Bar Association, and Texas Land Title Association. Additionally, he is a board member of the Alvin Community College Foundation. Previously, he was secretary of the Brazoria County ESD #3, secretary of the Angleton Downtown Revitalization Corporation, and member of the Angleton Area Emergency Medical Corporation. Smith received a bachelor’s degree from University of Houston, Clear Lake and a Juris Doctor from Texas Southern University.

W. Wintford “Ford” Taylor of Waco is president and CEO of Wm. Taylor & Co., a commercial general construction firm. He is a member of the Association of General Contractors – Texas Building Branch Board of Directors, serving as the state director for the Central Texas Associated General Contractors, and a member of Rotary Club of Waco. Additionally, he serves on the Board of Directors for the Greater Waco Chamber of Commerce, is on the Board of Trustees for Camp Allen – Episcopal Diocese of Texas, past chairman of Waco Junior Chamber of Commerce, member of Keep Waco Beautiful, and a member of St. Paul’s Episcopal Church. Taylor received a Bachelor of Business Administration Degree from Texas Tech University.